Fixed income: Bond markets get back on course 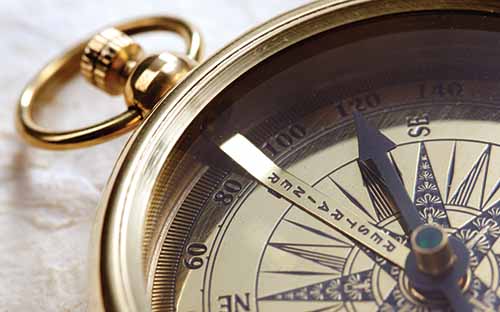 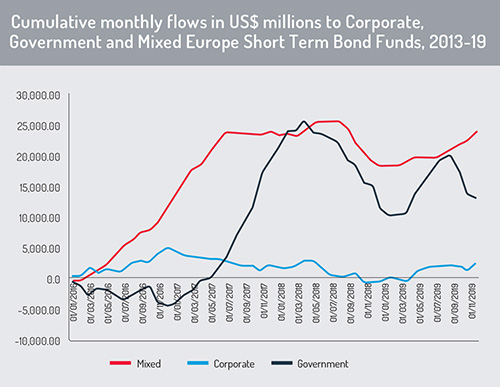 Asked about local currency emerging market bonds, Colin adds these will be a “tremendous” asset class – but a secular weakening of the US dollar needs to happen first. Closer to home, Colin gives a nod to developed market government bonds, saying that the 60bps yield from Gilts “is not a bad return in an economy that’s not going to grow much for the next five years”. As a credit manager, his colleague Hantel indicates he’s looking at corporate bonds with strengthening credit profiles. Using the lingo of the asset class, Hantel says “rising stars” are outpacing “fallen angels” due to credit-rating upgrades. Aviva Investors’ Purdie indicates the firm is selecting from a menu of, among others, investment banking names because risk has reduced in the sector as banks have tailed back some of their operations. He also says he is “slightly more positive” on emerging market corporate debt because the sector is exposed to growth and will benefit from a reduction in US-China trade tensions. Back to normal
The picture emerging is that, after a welcome bounce last year when bonds made a lot of money, business as usual is returning to bond markets this year. Investors will continue to search for yield and fund managers will use careful bond selection from the variety of bonds available to them, which has grown significantly over the past decade. “Investors certainly got some respite last year,” agrees Erinn King, a managing principal and fixed income specialist at Payden & Rygel, But she adds: “With low rates and tighter spreads, the opportunity set for similar returns is more challenging this year.” King is based in Boston but is also involved with Payden & Rygel’s European institutional investors, including insurance companies. European insurers are one segment of investors to be hit hard by low-yielding government bonds because the EU’s Solvency II regulations direct them into low-risk assets, both for regulatory solvency purposes and because lower-risk assets have less punitive capital charges. Yet low yields have forced insurers to consider less liquid fixed income replacements, meaning assets such as real estate, securitisations and private debt. A survey published in November by Natixis Investment Managers showed that three-quarters of 200 chief investment officers at insurance companies said they were struggling to make returns and nearly 70% said alternative investments were “essential” due to the low-yield environment since the financial crisis. Private debt and real assets were wished for - but 97% of the CIOs said regulations were stopping them from investing in such higher-risk, illiquid assets. King notes that some insurers are “giving up liquidity for higher potential yield and return”, though regulations place caps on how much of this is possible. “Insurers have to make good on their promises, which is first and foremost paying claims, so there is only so much they can do with illiquid instruments.” She points out that following a relaxation of rules, Solvency II now gives securitisations that are deemed by the regulator as “simple and transparent” a capital charge similar to corporate bonds. King adds: “At this point in the cycle, where we do not think a recession is imminent but we are clearly mid to late in the cycle, the securitisation segment offers some diversification benefits and structural protections. Corporate bonds are trading at very tight spreads and exhibit higher intra-sector correlations, but in the securitised market - especially in the US - there are more diversification opportunities, and although there is still the stigma of 2008 tied to the problems that emanated for the securitised market, a lot of the new structures are not the same as those back then.” Along with more transparency, the level of subordination is much improved, says King, adding that Payden uses securitised bonds across multi-sector portfolios where possible. Like other managers Funds Europe spoke to, King flags US dollar-based emerging market debt and says insurers are actively searching for this asset class: “Triple-B emerging market corporates yield 70-90 basis points more than US triple-B – yet they have the same capital charge.” But she says Payden is seeing currency-hedged US corporate bond mandates from European insurers. “Hedging costs have moved lower for euro to dollar and there is a depth and attractiveness of the US market, even though spreads are tighter.” Two last points…
The trend among fund houses in their market forecasts at the start of the year has been to advocate more caution in bonds. The broad expectation is of an improving environment, but still with low economic growth, low inflation and – most influentially - accommodative monetary policy. So finally, two more observations on bonds. Alasdair Ross, regional head of investment grade credit at Columbia Threadneedle, says this macro environment is supportive for investment grade bonds. Corporate earnings are strong enough for the moderate leverage in the asset class and investors searching for high-quality yield will support bond prices. Unigestion’s cross-asset team noted in January that after the market euphoria of the fourth quarter last year, January sentiment was shifting to prudence. Although US equities posted a slightly positive return during the month, US high yield spreads widened markedly, delivering negative returns. High yield is treated as being more sensitive to a growth environment than investment grade. Meanwhile, says Unigestion’s team, safe assets such as US government bonds delivered “recession-like” returns and outperformed growth-oriented assets. US bond yields declined by 40bps back to August 2019 levels of 1.51%. The driver for this was “a fall in both main risk premia: growth and inflation”. Similar though softer trends were seen in German, Australian, Canadian and British government yields. This article first appeared in Funds Europe © 2020 funds global asia