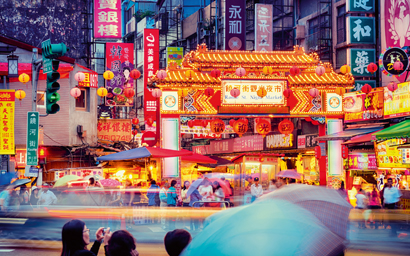 Ucits started out as a Europe-wide vehicle, designed to create a single unified fund type that works across Europe – but since the first Asian Ucits was approved in Hong Kong in 2005, its take-up in the region has been soaring. Ucits funds are particularly popular in the principal offshore centres – Hong Kong, Singapore and Taiwan.

It’s a natural fit. Regulated at European Union level, Ucits represents a gold standard of regulation and investor protection. Meanwhile Hong Kong, Singapore and Taiwan all boast the right level of infrastructure to support distribution, and can offer the clout that comes from a strong community of asset managers and a large talent pool.

Yet there have been changes lately. Asian centres have made it a priority to protect their locally domiciled funds. Taiwan is the latest market to prioritise its onshore industry, for instance by making it quicker to register onshore funds than offshore equivalents. Can offshore fund managers still find inflows in Taiwan, or is this market closing to them?

Taiwan is still a key market for Ucits, for now. According to research by TDCC/Keystone Intelligence, the Taiwanese market boasts 1,017 offshore funds, accounting for around $108 billion of assets under management. Luxembourg accounts for more than 700 of these funds, with 194 coming from Ireland. By contrast, the next largest contributors to Taiwan’s foreign funds are Hong Kong and the US, with a mere 16 and 12 funds respectively.

“Ucits is very popular in Taiwan,” says Donna Chen, founder of analyst Keystone Intelligence. “The Taiwanese regulator has been encouraging Ucits funds from Luxembourg and Dublin. Luxembourg accounts for 84% of the assets under management in offshore funds in Taiwan, for example, whereas funds from Hong Kong and the US are minor.”

STUNTED GROWTH
Taiwan’s investors seem especially well disposed to Ucits, not least because they’re keen to enjoy the diversification it brings. “Taiwan is the most diversified among all the Asian markets,” says Rachel Poh, senior analyst at Cerulli Associates. “Its investors like foreign things in general. Its financial services professionals have all been overseas and learned how it works, so they like investing in European funds. Foreign managers are falling over themselves to get to these investors.”

Indeed, the likes of Schroders, BlackRock, Franklin Templeton, Invesco and Allianz have all established a presence offering Ucits funds in Taiwan. But lately the Taiwanese government has introduced several pieces of regulation that could stunt the growth of cross-border assets. Like Hong Kong, Taiwan has been slowing down in terms of approving new Ucits funds for distribution, in order to launch its own schemes. Taiwan too wants to protect and develop its own onshore fund management industry.

The government’s plan is to address what it sees as the unfair advantages previously given to offshore funds over locally domiciled funds, while improving the contributions that offshore managers make to the Taiwan market. Hence it also aims to encourage a stronger presence from offshore fund managers beyond mere distribution, to include fund management operations.

In order to facilitate such changes, the regulator is treating offshore and onshore funds differently: while it takes three to six months to register an offshore fund, their onshore equivalent can now be cleared in just 12-30 days. Offshore funds can apply for only one fund at a time, whereas onshore can include up to three funds per application, with more flexibility in the products being offered. Meanwhile onshore funds can be entirely made up of Taiwanese investors (compared to a maximum of 60% in offshore funds).

Other changes have yet to come in, but are on their way. From January 2016, the percentage of assets under management of offshore funds registered for sale in Taiwan, sourced from Taiwan, will be limited to 50% of the total assets under management by that fund (down from 70%). Meanwhile, this February, Taiwan’s Financial Supervisory Commission (FSC) announced a new set of regulations for fund distribution by offshore asset managers. The deal was that offshore asset managers would have to have no less than $5 billion New Taiwan dollars ($161 million) in assets under management in Taiwan or should outsource at least $3.5 billion New Taiwan dollars worth to local counterparts if they carry out fundraising or fund distribution on the island state. This comes into play in April 2017.

OBLIGATIONS
According to the figures from the FSC’s Securities and Futures Bureau, only 17 out of 51 registered offshore managers in Taiwan currently meet the obligations. No surprise then that a meaningful number of offshore managers have already acquired Taiwan asset managers.

“Either you set up another site or get a discretionary licence and get assets from their parent company and outsource to a Taiwanese subsidiary or other office in Taiwan,” says Chen.

And it doesn’t end there. The government is encouraging a commitment to employment, investment and tax contributions locally by giving favourable treatment and exemptions to offshore fund institutions that can show they’re more involved in the local market. It’s expected that these incentives will remain in force until the regulator feels it has reached its goal of bringing more “substantive” asset management activities onshore.

Yet while the changes may look dramatic, and may put the odd offshore fund management nose out of joint, their effect on Ucits distribution may be limited – at least for those managers who already have a presence in Taiwan.

“The regulators may have come in too late to control the growth of cross-border funds,” says Poh. “All the big foreign managers have already entered Taiwan, and many already have a huge range of products that have been approved by the regulator. It’s the new managers who may have problems getting in, but most of the funds are already there so there wouldn’t be a lot of impact.”

Even new funds may still have a way in – if they can’t register easily, they may have better luck via the private placement route. The problem now is whether the managers who are there will be able to meet the commitments that the regulators have laid out. “That will have a much larger impact,” says Poh. “Many of the foreign managers are thinking of acquiring local funds to fit the size criteria dictated by the regulator.” Indeed, reports suggest a significant number have done so already.

It’s not to say the government’s efforts are for nothing. “The government’s aim of balancing offshore and onshore can definitely be achieved,” says Chen. “But existing Ucits funds won’t lose anything in terms of opportunities.”