SPONSORED FEATURE: A buzz around technology 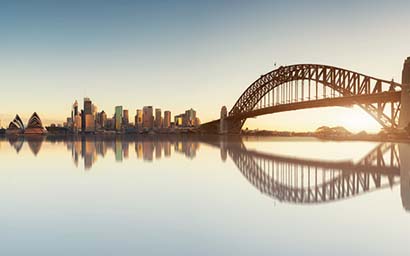 With an array of new services, Calastone is hoping to become known for more than its core business of fund order routing. Ross Fox, acting head of Australia and New Zealand, explains the company’s aims. Sydney is known for its good weather, its opera house and its thriving, cosmopolitan culture, among other things. For Ross Fox, acting head of Australia and New Zealand for Calastone, the Australian capital boasts another virtue: a buzz around financial technology, or fintech, and an accompanying desire to reap the benefits of cutting-edge technology in financial services. That buzz is encouraging for Calastone, which employs technology to improve automation rates in the funds industry and thereby raise efficiency levels. “The industry here is very open-minded,” says Fox, “not just in managed funds but in Sydney as a whole. I’m speaking to organisations, not only in managed funds, but in the superannuation space for instance, that are incredibly tech-focused and doing new and exciting things here.” Opportunity
The Australian appetite for technology helps explain why this country has been a successful for market for Calastone, which was founded in London ten years ago and now operates around the globe, with a notable presence in several Asian markets. Although Fox says automation rates in the Australian funds industry have not yet matched rates in the UK, the direction of travel is encouraging with an increasing number of Australian fund managers ditching their fax machines and moving to the network services provided by Calastone. Fox says there are few players left in the industry who do not recognise that fax is effectively a legacy technology today. Yes, there are a number of asset managers that continue to send fund orders using fax, “but I think all market participants here know that is not a long-term business plan”, he says. Some organisations have internal barriers to overcome before they can embrace a fully networked service – for instance, they may have conflicting priorities or be burdened by more pressing operational problems – but “nobody is saying automation isn’t for us”. As automation rates gradually creep up to the 100% mark, Calastone hopes to gain. New services
But Fox is keen to stress that Calastone is capable of solving more problems that the essential one it was formed to tackle, namely the question of making fund order routing more efficient. He sees the company developing into a more broad-based enterprise that can employ technology to reduce cost and efficiency in an array of operational processes. As a business, Calastone is investing heavily in innovative technology to achieve this end. 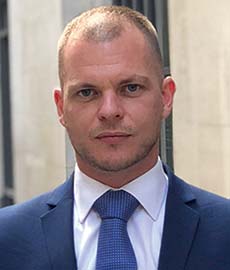 An example of one of its additional services is the ability to automate transfers of holdings through nominee accounts. Fox says there has been good demand and uptake for that service in Australia in the past 12 months. “It is our most popular solution outside of order routing due to the immediate efficiencies automating transfers brings,” he says. Other offerings have been designed specifically for the Australian market, such as wrap reporting. Wrap platforms typically provide sub-nominee transactional data to the fund managers whose products they hold. This data is useful to fund managers for a number of reasons; however, managers say different platforms provide data in a variety of different formats and use different methods. That fragmentation created a challenge that could be solved by a service to standardise and automate the communication of wrap platform data. Calastone was able to provide this service by extending the capabilities of its existing technology. Calastone is also planning to introduce a service based on the data collected by its own network. As a fund order routing network, Calastone collects large amounts of data on fund inflows. By studying this data, it would be possible for fund managers to benchmark themselves against their competitors. This kind of tool could be a powerful tool to fund managers supporting the more efficient sales and distribution of funds. Managers could compare sales figures for their own funds with the industry average for a certain asset class and be able to tell, for instance, if their Asian bond fund had been outselling their peers. Fox says the advantage Calastone can offer is that it will be able to provide market data very quickly, within 24 hours, whereas the existing methods for benchmarking fund inflow data rely on third-party data providers that take weeks or months to provide aggregate data. Fox promises that the data will be anonymised. In other words, Calastone will not tell its customers precisely what their competitors have achieved in terms of flows. The idea is to give an industry-wide average, which, given the large number of Australian managers that use the Calastone network, should be possible with a fairly high degree of accuracy. Down under
In future, Fox sees further opportunities to support its customers in the Australian market as Calastone continues its project of reducing the frictional challenges associated with fund businesses. Having worked for Calastone for seven years, mostly based in the London office, he has a good understanding of what the company’s products can do and why fund managers might want to become clients. Certainly, there are many interesting developments across the industry. At industry conferences and technology forums, delegates debate the merits and potential of artificial intelligence, robotics and blockchain to transform financial services.
Fox sees great potential for the latter technology, which Calastone has embraced with a large-scale project to create what it calls a distributed market infrastructure. The company has created a private permission-based blockchain as a proof of concept and now hopes to make the technology available to clients. These and other services could be transformative. “Technology is the enabler,” says Fox. “But it’s not the technology itself that’s going to push an industry into a better way of working, it’s the fundamental business models that allow organisations to harness the technology.” As business models continue to develop and change, Calastone hopes to hone its technology platform to support the next generation of fund companies. ©2019 funds global asia