INSIDE VIEW: Singapore - the new home for global funds? 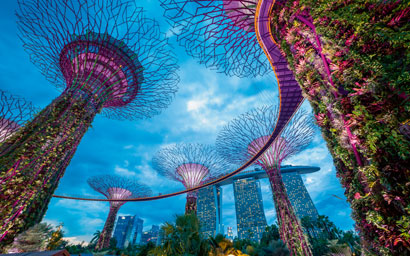 With a new fund structure designed to appeal to alternative asset managers, Singapore is laying the foundations of a prosperous domestic industry, says Udit Gambhir of SGG Group. The annual industry survey of the Monetary Authority of Singapore (MAS), published on September 26, highlighted that total assets under management in Singapore rose 7% to $2.7 trillion Singaporean dollars ($2 trillion) in 2016. In the alternative assets space, private equity represented the lion’s share, accounting for $152 billion Singaporean dollars – a healthy 14% increase upon the previous year. Private equity, which is thriving in Singapore, helps to reinforce the country’s position as an attractive location in the region. In the first quarter of 2017, Singapore deals accounted for nearly half (45%) of private equity activity across the whole of Southeast Asia, according to a survey by consultancy EY in July 2017. The top five investments of the region were all Singapore-based, ranging from real estate to technology, the industrial sector to education services. Fund managers in Singapore are able to reap the benefits of the domestic regime, which include a stable government, clear regulations and tax laws which make Singapore more conducive to private equity than other jurisdictions in the region. In addition, Singapore has a fully tradeable currency. From this leading position in the region, what more can Singapore do to consolidate its position at global level? While Singapore is already a major centre for fund management, this is only one side of the coin. Fund domiciliation is the other. The MAS has rightly identified that Singapore needs to do more if it is to attract international players to domicile their funds in the jurisdiction. With this in mind, it launched a consultation in March on a framework for a new structure which will be known as the Singapore Variable Capital Company. The S-Vacc is meant to enhance the country’s competitiveness as a domicile for investment funds, drawing inspiration from the laws and practices in Luxembourg, the Republic of Ireland and the UK, among others. The new structure should be available to fund managers from 2018. Filling a gap
Will this new structure be a game-changer for Singapore? It will certainly provide many of the pieces of the jigsaw which are missing at present. Currently, there are three options for setting up investment funds, which can take the form of unit trusts, limited partnerships or companies under Singapore’s Companies Act – but these all have their limitations. Today, Singapore has no corporate form vehicle which caters to the specificities of private equity, hedge funds, mutual funds or real estate funds. In reality, this leads Singapore-based fund managers to set up investment vehicles abroad, for example in the Cayman Islands, particularly for hedge funds. The proposed new structure, which will be available to licensed or regulated fund managers of all kinds of investment funds, including private equity, will have a number of appealing features. A key element is that the fund investment vehicle can be Singapore-based as well as the fund manager, which will help fund managers to prove ‘economic substance’ in the light of the international tax transparency agenda. It will allow for existing foreign funds deemed to be equivalent to be ‘inward re-domiciled’ in Singapore. It will also provide for greater flexibility and operational efficiency, since it can take the form of a pooling and investing vehicle, which will relieve managers of complicated multi-tier structures, and can also be an umbrella entity with multiple sub-funds. Crucially, it will also allow investors and shareholders to invest freely in and out of the structure, while offering a degree of privacy protection which is not currently available in Singapore. Are there any pitfalls to be avoided? While this type of fund structure will be new to Singapore, similar structures are well established in Europe, where they are known as Undertakings for Collective Investment in Transferable Securities. Over the past two decades, Ucits has transformed the European investment funds landscape. There are a few lessons which Singapore could take on board to optimise the attractiveness of the new structure based on European experience. First of all, there is a need to keep the cost structure in mind, as many fund managers in Europe find the total management costs (known as the total expense ratio) to be prohibitive. The Ucits structure in Europe is highly regulated and some of the leading jurisdictions have high operational costs, which means the whole experience can be cost-prohibitive for funds with a smaller ticket size. Singapore is a lower-cost jurisdiction and regulatory compliance will be easier to achieve. Second, the degree of regulation should be appropriate and not excessive for professional or sophisticated investors. For example, there would be no need for a depositary or recognised custodian if the offering is made to institutional or high-net-worth investors who have a sophisticated understanding of investment activities. Third, the new framework should allow managers from an OECD-licensed regime, such as the UK or US, to set up structures so that managers in recognised jurisdictions can use the pooling vehicle before relocating to Singapore. This should encourage market growth. Overall, in completing the product offering of the MAS for investment laws, the new framework will lead to the proliferation and expansion of investor services, tax, legal, custody and accountancy firms to boost the financial centre, driving job creation and economic growth. Combined with its recognised role as a fund management hub, strategic location and its fully tradeable currency, Singapore will be in pole position to adopt a role as the new home for global funds. Udit Gambhir is the managing director for Asia for SGG Group ©2017 funds global asia