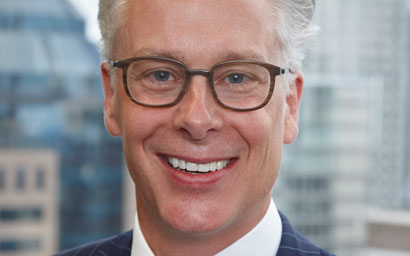 An acquisition has increased the visibility of Natixis investment managers in Australia. George Mitton talks to its local chief executive. Damon Hambly has not previously needed to engage much with the press, but that seems set to change. Through a high-profile acquisition, his employer, Natixis Investment Managers, has become a more significant player in the Australian market. The transaction could just be the start. If Hambly’s boss, the company’s newly appointed head of Asia-Pacific, has his way, Natixis IM will double its assets under management in the Asia-Pacific region by 2020. That can only mean more visibility for the Paris-based asset manager and, potentially, more acquisitions. History
Natixis IM has operated in the Australian market since 1999, but it was not until 2015 that the company opened an office there. The office, in Sydney, was intended to market the company’s products to institutional clients, which at the time of its opening were the only customers the company was targeting. But Natixis was eyeing the retail market too. When Hambly’s team discovered that Pacific Current Group, an Australian multi-boutique asset manager, was interested in selling its 40% stake in Investors Mutual, an equity manager, they took notice. “We were scoping the market,” says Hambly, who spoke to Funds Global Asia in a meeting room in Australia Square, a skyscraper in Sydney’s central business district. “We were pleased to have the opportunity.” Natixis IM bought a 52% stake in Investors Mutual for 155 million Australian dollars ($117 million). In addition to the 40% acquired from Pacific Current Group, the purchase included shares sold by Anton Tagliaferro, the founder of Investors Mutual, who will stay on to manage the business. Hambly describes Investors Mutual as “a strong-conviction active manager and a high-quality firm with a track record of nearly 20 years”. Founded in 1998, it has built a reputation as a conservative investment house with a preference for quality and value stocks. As of this year, it managed assets of more than 9 billion Australian dollars. “We were keen to increase our presence here,” he adds, gesturing through the room’s large window to the buildings and harbour of central Sydney, which are lit by the warm sun of an October afternoon. “The acquisition was a key step.” Keep the brand
Natixis IM operates an affiliate model in which subsidiary asset managers keep their own brand names and enjoy a fairly high level of autonomy from the parent company. There are currently more than 20 affiliates in the group, including companies such as Harris Associates, Darius Capital Partners and Ossiam. Generally speaking, affiliate companies take care of their own management and investment while benefiting from the parent company’s distribution network. Hambly does not expect the acquisition of Investors Mutual to deviate from this arrangement. “For them, it’s business as usual,” he says. The multi-affiliate model allows Natixis IM to incorporate acquired businesses into its group relatively quickly. Head office does not need to worry about how to assimilate disparate subsidiary businesses. There are no fights about whose brand name gets to stay and whose gets binned. It is, perhaps, the flexibility of the model that has given Fabrice Chemouny, head of Asia-Pacific, the confidence to assert his ambitious target of doubling the firm’s Asia-Pacific assets. Although he is naturally hoping that some of the growth will be achieved by existing affiliates as they expand their Asian businesses (Loomis Sayles and AEW Capital Management, from the Natixis roster, already have a presence in Asia), Chemouny has been clear that acquisitions are a part of his strategy. “We are looking across the region for businesses or teams which expand our current global offering, in particular in pan-Asian equities, fixed income and alternatives,” he says, in a statement. Natixis IM already has a network in place to spot and investigate potential acquisition targets. It set up its first Asian entity in 2001, in Tokyo, and now operates a total of seven Asian offices. Besides Japan and Australia, these are in Hong Kong, Beijing, Singapore, Taiwan and Korea. Chemouny’s plan to double Asia-Pacific assets would have the effect of increasing the region’s contribution to the group’s assets under management from 5% to 10%. For a company which, as of June 2017, looked after $952 billion, that is significant growth. Down Under
It is likely that some of the targeted gains will be supplied by the Australian market. Compared with most Asian countries, Australia has a highly developed funds market. Importantly, the concept of fund investing is well established thanks to the country’s mandatory saving schemes, the superannuation funds. “One of the things that attracted us to this market is that it’s one of the largest pension markets in the world,” says Hambly. Some Natixis affiliates already raise assets from Australia. For instance, a Boston-based asset manager, Loomis Sayles, manages two Australia-domiciled funds, which it markets to institutional investors. Affiliates also manage segregated mandates for Australian institutions in asset classes including fixed income and private equity. Hambly states that Australian investors are accustomed to the idea of allocating money to overseas strategies and are happy dealing with international managers. “That’s the difference compared with some other markets in Asia-Pacific,” says Hambly, who worked for Natixis IM in Hong Kong before moving to Australia in 2017. “Investors here are sophisticated and have been investing outside Australia for a while.” Because he sees so much potential in the local market, Hambly says he is not immediately planning to distribute Investors Mutual products elsewhere in Asia. He says the focus is to help the Investors Mutual business to grow. Could there be more acquisitions in Australia? Hambly says there might be – but not in the short-term future. “I don’t see any other acquisition targets in the Australian market at the moment,” he says. “Good-quality Australian equity managers don’t come around regularly.” ©2017 funds global asia