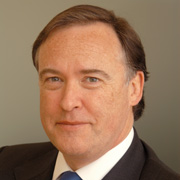 Western asset managers aiming to capture the opportunities in Asia got it all wrong because they failed to understand the market, according to Charles Beazley of Nikko Asset Management. Stefanie Eschenbacher talks to him about the 'big three', expansion plans and the delayed stock exchange listing. Having recently taken over from Timothy McCarthy as chairman and chief executive officer of Nikko Asset Management, Charles Beazley is intent on continuing to expand the company. Plans to list on the Tokyo Stock Exchange have not been shelved either. Beazley confirms that Nikko Asset Management still wants to list as the largest independent asset manager in Asia, with full endorsement of its majority shareholder, Sumitomo Mitsui Trust Holdings. The listing was scheduled for last December  – and would have been one of the largest that year – but was called off because of unfavourable market conditions. Multi-local approach
With 50 years of local experience in Asia, Nikko Asset Management grew from a local Japanese captive asset management into an international asset manager. Today, it has operations in seven key Asian regions, as well as London and New York. It adopts a “multi-local approach” that gives local mangement teams a high degree of autonomy to address local market conditions and client needs. Assets under management have almost tripled since 2004, amounting to $158 billion and making Nikko Asset Management is one of the largest players in the Asia Pacific region. It has a 40% stake in Rongtong Fund Management in China and has recently entered a partnership with Ambit Holdings Private in India, establishing a presence in the eight market.  Other acquisitions include Tyndall Investments in Australia and New Zealand, as well as DBS Asset Management in Hong Kong and Singapore. As part of the latter acquisition, it acquired stakes in Hwang Investment Management and Asian Islamic Investment Management, both in Malaysia. “Our strategy is that if we want to be successful we have to be sensitive to local needs,” Beazley says. “Some 95% of the assets in Asia are local and retail.” Beazley says most Western asset managers “camp out” in Hong Kong and Singapore. “Those are important places but selling Western products there means missing 95% of the assets in the region,” he says. “Western firms are obsessed with selling a product in as many locations as possible. They say they are different, but they have problems with their business models.” The big three
Beazley says asset managers have to be in the “big three” markets in Asia: Japan, China and Australia. Japan has one of the world’s second largest savings pools, worth up to $19.2 trillion. Many asset managers, however, have failed in Japan, a country that has seen many false dawns. “Japan has in the past been a graveyard for the West because they have failed to recognise how complex the market is,” he says, adding that this is not the only thing Western asset managers got wrong. “It is remarkable how Western asset managers ignore Australia.”
Australia – which many do not consider to be part of Asia to start with – is an important part of Nikko Asset Management’s strategy. Australia is the world’s fourth largest mutual fund market and Beazley points to its superannuation scheme that entails compulsory savings of 9%, a sophisticated financial markets, and attractive interest rates. In China, Nikko Asset Management has applied to have its Qualified Foreign Institutional Investor (QFII) quota extended. Beazley concedes that other asset managers have larger QFII quotas, but says Nikko Asset Management was the first Japanese investment manager ever to be awarded one. Expansion does not stop there. Beazley says Nikko has ambitions to be in Korea, in Taiwan and, possibly, in Indonesia. Thailand is also an interesting market, he adds, though small. ‘We like being asian’
Nikko Asset Management specialises in managing Asian equity and Asian bonds in-house, but also partners with other asset managers to introduce different products to the Asian retail market as sub-advisers on the World Series Fund Platform. “As Asian specialists, when we do not have the investment capability in-house, we may partner with external managers to provide interesting, best-in-class solutions, packaged under the well-recognised Nikko Asset Management brand and distributed to investors via our intermediaries.” The World Series Fund Platform provides distributors a range of tailored investment solutions for clients and enables third-party asset managers to tap into its network of Asian distributors. Nikko Asset Management works with more than 300 Asian distributors, more than 40 third-party fund managers and offers more than 400 investment products. “We like being Asian, we like being in Asia,” he says. Beazley joined the asset manager in London in 2006 as president of its international offices before moving to Tokyo full time in 2010 to manage the expanding Asian operations and the domestic Japanese business. He was appointed chairman and chief executive officer n March. ©2012 funds global