Japan inside view: Ushering in a ‘beautiful harmony’ 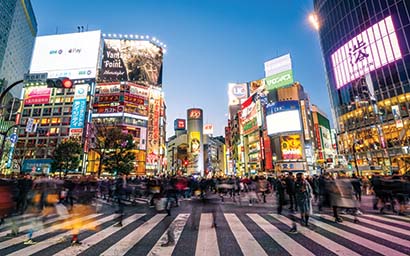 After 30 years of the Heisei era in Japan, May 2019 brought a new emperor and the start of the Reiwa era, writes Katsunori Ogawa, chief portfolio manager of the Sakigake strategy at Sumi Trust. The ‘Heisei’ era, which began in 1989 and is often translated as ‘achieving peace’, coincided with the fall of the Berlin Wall and the end of the Cold War, heralding a global period of economic growth through peacetime. Over the last three decades, however, Japan’s economy has faced a number of challenges. At the end of 1989 stock prices, which had reached a record level, began to fall. In the 1990s the bubble burst, leading to a dramatic fall in the price of stocks and land, which signalled a financial crisis and deflating economy. Then the 2008 global financial crisis affected businesses, with some facing credit impairment. During these years of economic difficulty, Japan also had to contend with many natural disasters, including the Great Hanshin earthquake (January 17, 1995) and the Great East Japan earthquake (March 11, 2011). In more recent years, Japan has started to see more positive signs of steady recovery from these challenges. From an economic perspective, we are seeing results from gradual but stable structural change. With the implementation of the Corporate Governance Code, governance standards have improved, and investors are seeing the results of better corporate values in the mid to long-term based on the new Stewardship Code. In order to improve competitiveness and achieve sustainable growth, many Japanese companies have actively engaged with investors and begun to look at improving profitability and capital efficiency by correcting unprofitable business practices. The attitude of companies that used to focus on sales and market share is changing, and the profits of Japanese companies are continuing to hit record highs. Innovative solutions
The Ministry of Foreign Affairs announced that the meaning of the Reiwa era translates to “beautiful harmony”. Unfortunately, it seems this harmony is somewhat distant at present, with global issues such as the US-China trade war and Brexit. We hope this new era will continue to bring global growth similar to the past 30 years. From a long-term perspective, we see investment opportunities in companies whose growth in Asia contributes to business expansion and, as the world’s population ages, we are focusing on finding companies that provide innovative solutions to profit from this trend. In the equity space, businesses in the automation, technology and healthcare sectors offer several investment opportunities due to the increasing demand for these products and services as a result of societal and lifestyle changes. In our portfolio, automation is a key theme as we expect to see increased demand for more automated services and products in the future. Productivity per capita is urgently needed, while the labour force in developed countries is expected to continue to decline, and as a result, labour costs will also increase. Fanuc, Keyence and Daifuku are all companies that we are focusing on as they stand to gain from the tailwind of automation. Fanuc is the world’s top integrated factory automation manufacturer and is renowned for the technical capabilities of its industrial robots, serving many global customers in the US, China and Europe. Keyence is a world leader in factory automation sensors, is a prominent Japanese company in the field of industrial automation and has an operating margin of over 50%. Daifuku is the global leader in terms of revenue for logistics system automation equipment. It provides technology for the entire logistics automation process, including handling all parts of the logistics system from production to design, assembly and after-sales maintenance service. Advances
Technology is another of our portfolio key themes. The focus is on technological advances that bring changes in the way an industry behaves and on one’s own lifestyle. Companies we invest in include Murata Manufacturing, Sony and Tokyo Electron. Murata Manufacturing is one of the world’s leading manufacturers of electronic components, and a global leader in terms of market share for MLCCs (multilayer ceramic capacitors). It supplies parts to smartphone-makers including Apple and is highly competitive. In addition, MLCCs are an essential component of 5G technology. Full-scale commercialisation of 5G has now started worldwide and demand is expected to grow as 5G continues to spread. Until now, MLCCs have mainly been manufactured for smartphones, but supplies for cars have been increasing, along with the increased requirement for electric vehicles. The company is expanding its production capacity while raising prices. Tokyo Electron is also a leading global manufacturer of semiconductor manufacturing equipment and boasts a large share of semiconductor front-end processes. Going forward, we expect a boost in semiconductor demand in the medium to long-term due to progress in the adoption of artificial intelligence (AI) and the internet of things (IoT), more investment in data centres and automated processes for utilities. In the healthcare theme, we expect demand for pharmaceuticals and medical devices to continue growing as a consequence of the rise of middle-class spending power in emerging markets, resulting from longer average life expectancy and improved health awareness. Japan is at the forefront of countries with an ageing population and is expected to play a key role in tackling this situation going forward. Daiichi Sankyo, Yakult Honsha and Pola Orbis HD are all companies we are focusing on. Daiichi Sanyo is a leader in drug development to combat cancer using antibody-drug technology. In March 2019, the company entered into a global development and sales partnership with AstraZeneca in the UK for the anti-cancer drug DS-8201. In our view, companies focusing on the three themes of automation, technology and healthcare are all high-quality stocks representing Japan’s global growth. With the start of the new Reiwa era, we believe these companies can survive intense global competition and increase their corporate value. ©2019 funds global asia