CHINA ROUND-UP: ‘Onshore is where the future lies’ 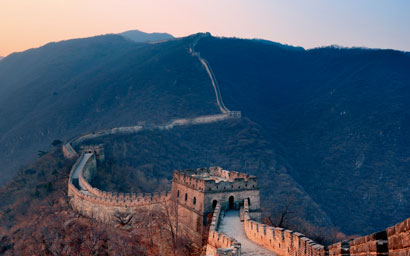 Internet finance, an asset boom in China, and the shrinking market share of Ucits in Asia were among topics discussed at FundForum Asia. George Mitton reports.

There was a humorous video uploaded to YouTube a few years ago that took a BBC nature documentary and spliced together all the half-second clips in which the narrator said “China”. The resulting video, over two minutes long, was a staccato race through paddy fields and mountains accompanied by the almost mesmeric repetition of the word. “China,” says the narrator. “China, China, China.”

To this viewer, it felt as though the video was satirising the near monomania of the media when it comes to Asia’s largest economy. In documentaries, on the news, in opinion columns and, of course, in this magazine, the refrain is the same. Everything, these days, is about China.

This year’s FundForum Asia conference, an annual gathering of asset managers, fund selectors and banks in Hong Kong, was no exception. The first day had an agenda dedicated to the subject, in fact. But even in the rest of the conference, on panels and in economists’ speeches, the word China was rarely left unsaid.

THE NUMBERS
Of particular interest to delegates was the rapid growth in assets under management within the country, which seems to be exceeding even bullish estimates. According to Chris Powers of Shanghai-based consultancy Z-Ben Advisors, assets in mutual funds and segregated accounts onshore in China rose three-and-a-half times over in just three years to reach $1.9 trillion in 2015.

Including packaged products and the securitisation business, the market is even larger, he said, at more than $3 trillion.

China’s domestic market is now so large it dwarfs both inbound and outbound asset flows. The media attention given to inbound access routes, such as the qualified foreign institutional investor (QFII) scheme, may have obscured the fact that the total amount of money invested in this way is only a fraction of what is held onshore. Indeed, the total amount of investment quota allocated under both QFII and RQFII, a variant of the scheme involving offshore renminbi, was only $168 billion last year, according to Powers.

Outbound investment, under initiatives such as the qualified domestic institutional investor (QDII) scheme, amounted to $510 billion in 2015, he said.

“Onshore is where the future lies,” said Powers. “The big focus of all asset managers going forward should be the 90%-plus of mainland portfolios that will be invested within China.”

UCITS’ FUTURE?
Daniel Celeghin of consultancy Casey Quirk made a similar point in a provocative presentation on the future of asset management in the region. Echoing Powers, he remarked that “the main focus for senior management in China is the domestic market”.

“We saw 60%-80% growth in assets under management for some [mainland Chinese] firms last year,” he added, “and this was a year with a horrendous market crash.”

Celeghin’s presentation included the finding that Ucits funds appear to be losing market share in Asia at an alarming rate. According to Casey Quirk calculations, the share of Asia-Pacific fund assets held in Ucits funds fell from 43% in 2008 to just 14% last year. Speaking privately after the talk, Celeghin admitted the statistics had been presented “for maximum impact” and may have masked the fact that Ucits funds have increased their regional assets over the period in dollar terms. However, the fall in proportional terms, as a result of China’s booming domestic industry, should not be ignored.

Celeghin also offered an insight into the mindset of domestic Chinese asset managers, and challenged the idea they are preoccupied with international expansion.

“Their international business is a sideshow,” he said in his speech. “If you manage a Chinese fund house today, you’re like a manager of a US fund house in 1980. You’re at the beginning of a period of massive growth. Imagine you’re talking to, say, T Rowe Price in 1980 and you said, ‘Guys, you’ve got to open a London or Hong Kong office.’ They’d say, ‘Are you nuts? We’re seeing huge growth here in the US and what we have to focus on is maintaining local market share.’”

NEGATIVITY
Not everyone who spoke about China was so sanguine. Andrew Tilton, an economist at Goldman Sachs, said China’s impressive economic growth in recent years came by continually enlarging its share of export markets in Europe, the US and elsewhere by defeating competitors on price. But China’s market share is no longer rising. Its income from exports is still going up, but at a slower rate than before.

“No matter how you cut it, growth has slowed,” he said. “The authorities target between 6.5%-7% in 2016. Our estimates are below that. If policymakers are serious about achieving that goal, and I think they are, they will have to resort to more stimulus.”

Chinese policymakers can be effective, he said, by boosting investment in property with easier mortgage rules and by supporting infrastructure investment, but he warned such measures would add to the country’s debt, which was already higher than in most emerging market countries due to massive stimulus measures following the 2008 crisis.

How massive? Debt-to-GDP has risen from around 150% at the time of the financial crisis to about 250% today, said Tilton. He described this as the largest increase in debt-to-GDP in that time period in any country and, “in the absolute sense, the largest debt build-up ever in the history of the world”.

Although he does not believe this debt level will cause a financial collapse, and thinks China can accumulate more debt, so long as it does so at a more modest pace, Tilton predicts several consequences of the country’s fiscal position: “slower growth, lower interest rates and, typically, asset market underperformance – something we’ve seen recently in China.”

CAN’T IGNORE
Despite concerns about a slowdown in China, the consensus view from the conference was a familiar one – China is only going to get more important as the years go by.

Speaking at a panel called Cracking China, Francois Perrin of East Capital noted that three out of ten equity trades happen in China. “How long can you remain outside the second-largest equity market in the world?” he asked.

His fellow panellist Christopher Gunns of Stemp International added that Chinese asset managers are themselves growing in size and ambition.

“Watch out for the mainland asset managers,” said Gunns. “One of these days they’ll be brand names you recognise from the Western market.”

Indeed, so dynamic is the Chinese onshore market that Jonathan Ha of Red Pulse, an information platform spun out of Z-Ben Advisors, speculated that the next generation of financial innovations would emerge from there and not Silicon Valley.

“In China there is a lot of development in internet finance,” he said. “Not just Yue Bao [the money market fund set up by a unit of Alibaba]. WeChat, which is a messaging platform similar to Whatsapp, has its own WeBank that lets users purchase financial services. This is the next frontier. The market is no longer controlled by the big four banks.”

With the astonishing growth in assets expected to continue, and financial innovations starting to emerge, the repetition of “China, China, China” will be heard for some time yet.