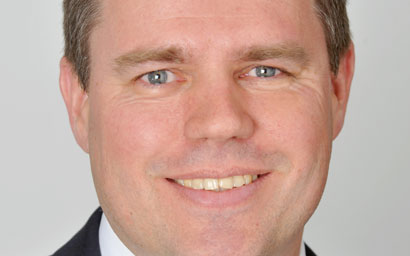 The head of research at Ashmore talks about âarbitraryâ index providers, fears of an angry mob in Tienanmen Square, and why investors have mistaken China for the Death Star. He talks to George Mitton.

Jan Dehn is exasperated. I can tell because his voice on the phone goes up a pitch.

“It’s like in Star Wars. The Death Star was the evil Empire’s main attack weapon, which could fly around in space and blow up planets. That’s how the market sees China – a large, remote, inscrutable entity that has the potential to destroy us all.”

This perception, says Dehn, in case his tone of voice wasn’t enough of a clue, is not only ignorant, it is illogical.

“China is not trying to destroy us. In fact, China is trying its hardest to join the global financial system. China is not going to come out as a market manipulator, by dumping treasuries and so on. If anything they’ve been good participants, doing what the IMF wants to join the SDR [the Special Drawing Rights, a basket of reserve currencies China would like the renminbi to be part of]. Yet global investors have an ingrained negative bias to China. It’s kind of embarrassing.”

OUTRAGE
It is perhaps no surprise the head of research at Ashmore, an asset manager specialising in emerging markets, is bullish on what is, after all, the world’s biggest emerging market. The relatively low allocations from international investors to China, despite well-known economic facts – China is the world’s second-largest economy and is on track to be the first; its equity market is second only to that of the US; its recently opened bond market is worth $7 trillion – must be frustrating to a company that manages $51 billion of emerging market assets and would like to manage more.

Nevertheless, the consistency of Dehn’s pro-China analyses – he issues market commentary as often as once a week – as well as the force and warmth of his arguments, suggests the Danish former World Bank economist and sometime boat-builder is not talking only from self-interest.

In fact, my feeling is it is Dehn’s common sense, as much as his professional interests, that is outraged by investors’ slowness, especially regarding the Chinese bond market.

“It’s a sad indictment on the global finance industry that investors are not invested. China has gone a long way to welcome them. Until recently, China stopped short of removing quotas, but it has awarded RQFII [renminbi qualified foreign institutional investor] quotas to foreign investors in significant amounts. And these quotas have not been used in full. Investors have had access. What has prevented them?

“I think the most important factor is that the onshore markets in China have not been included in the main benchmark indices. Investors are incredibly benchmark-hugging. The global financial industry basically does not recognise the market unless it’s part of some index.”

ARBITRARY
Dehn is particularly irked by the investment banks that provide major international bond indices. These banks have yet to add Chinese onshore-listed bonds to their global indices, despite Chinese authorities successively opening the bond market to foreigners. In February, the Chinese central bank even said it would remove quota limits for many institutional investors in the interbank bond market.

Some of the index providers, such as Citi, say they are “reviewing” an inclusion of Chinese bonds. They argue they must confirm the market is as accessible as the Chinese authorities say before they act. Dehn suggests there are other factors at play.

“Whether China enters an index or not is a function of whether a purely profit-oriented investment bank can be bothered to put it in the index. I put it that way because what is in the private interest of JP Morgan, Barclays, Bank of America and others has nothing to do with the market.

“Putting a country into a bond index is costly. You need to buy daily pricing information on the entire yield curve from a local market maker. Then you have to hire a person or two to process all that data, put it in a spreadsheet and publish it every day. This implies a cost. If the investment bank decides China is not a priority for them or they’d rather put more resources into covering Germany or the US or whatever, then China will not feature in that index. It’s that arbitrary.”

MSCI, whose widely followed Emerging Markets index is considered the key benchmark for emerging market equities, has not yet included China in its main index either. MSCI is a “different animal” to the investment banks which control the main fixed income indices, says Dehn, with a different decision-making process.

HERD MENTALITY
Of course, index providers are not directly responsible for investor decisions. Although many institutions choose to follow indices such as the Barclays Capital Aggregate Bond Index and others, they are not obliged to. Internal policies notwithstanding, institutional investors are usually free to go off-benchmark and buy Chinese bonds if they wish. That they haven’t shows the herd mentality is still strong, says Dehn. 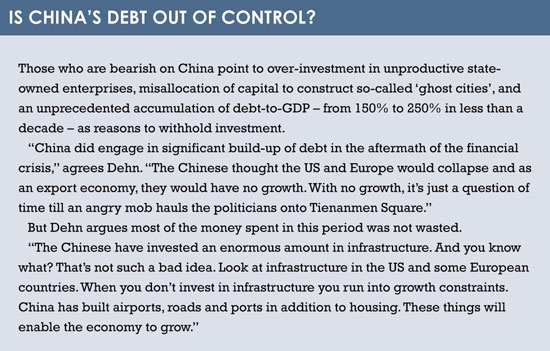 But this mentality is not necessarily the result of mental laziness. Dehn blames the management culture at institutional investors, where innovation is discouraged.

“Essentially, they’re on civil servant-type contracts. It’s a huge disincentive to doing anything new. Everyone’s aware of the Chinese onshore bond market worth $7 trillion, but no one wants to be first mover. The combination of these factors is effective in keeping people out.”