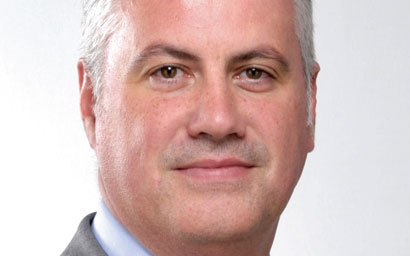 As an alternative asset class, private equity and real estate (PERE) is on the rise worldwide, according to Bruce McGlogan, Head of Private Equity and Real Estate Fund Services at Maitland, the global advisory and fund administration firm with over $280 billion in assets under administration.

The 2015 private equity report by global management consulting firm Bain & Company reveals that PE funds have raised more than $500 billion annually since 2013, and that “uninvested dry powder” stands at a record $1.3 trillion.

WHAT HAS DRIVEN THE GROWTH?
Lower yields and growth available in more traditional investment classes have inevitably driven investors to alternative investments such as PERE.

Other reasons for growth include an abundance of global capital seeking an outlet, as well as the trend for institutional investors to increase their allocations to PERE following regulatory changes.

Since the 2008 global financial crisis there has been a period of constant change which has seen the introduction of new regulation including the EU’s Alternative Investment Fund Managers Directive (AIFMD), the OECD’s tax related base erosion and profit shifting plan as well as, in the USA, the Foreign Account Tax Compliance Act (FATCA) and the Volker Rule, which is part of the Dodd-Frank Wall Street Reform and Consumer Protection Act. As a result, there have been several high-profile administration lift-outs and the trend is likely to continue.

PERE ADMINISTRATION HAS BECOME HIGHLY SPECIALISED
The upshot is that investment managers need to demonstrate strong commitment to risk management and corporate governance.  Indeed, post the global financial crisis, investors who not only experienced poor returns but endured an erosion of capital during the recession, define investment managers by their corporate governance and risk management functions.

Returning to the AIFMD, McGlogan says that “Maitland is ahead of the curve in providing an overarching PERE solution which meets growing investment manager needs for AIFMD-compliant products, having added PERE permissions to its Luxembourg alternative investment fund mangement company (AIFM) in late 2015”.

The PERE offering covers key operational components for PERE funds such as the marketing of funds, risk management and valuation & regulatory reporting.

McGlogan continues: “Non–EU clients are looking to use our PERE AIFM to leverage the alternative investment market in key European markets”.

RAIF-READY
Next on the horizon for the Maitland PERE team is the Luxembourg Reserved Alternative Investment Fund (RAIF), which will be approved by the Luxembourg Parliament during 2016.

The RAIF will to a large extent replicate the regime applicable to the Specialised Investment Fund (SIF) but will not be subject to the initial approval and ongoing supervision of the Luxembourg regulator, the CSSF. The absence of regulatory approval requirements will allow managers to get to market quickly and reduce the associated costs compared to other types of regulated funds.

The RAIF is indirectly regulated by the mandatory appointment of an external authorised AIFM. With its AIFMD infrastructure already in place McGlogan says: “Maitland is well positioned to provide a client solution for the RAIF when it comes to market.”

He addes that the “opportunity is enormous”.