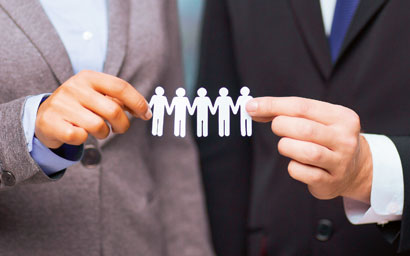 Chinaâs insurance market, on track to be the worldâs biggest, could soon include co-operative and mutual insurers. Dave Waller reports.

For years now, there’s been so much talk of China being an economic powerhouse that the tiger is probably tired of its ears burning. Yet one market you’ll rarely hear mentioned in the conversation is insurance. It’s a sector that’s traditionally played only a minor role in the country’s economic growth – but things are changing. With the Chinese government now seeking ways to improve its lumbering social welfare system, the authorities are pushing the insurance sector to play a larger role.

And that’s been reflected in the figures. In 2015, China became the world’s third-largest insurance market, according to the China Insurance Regulatory Commission. With insurance premiums surging – they rose 85% in five years to reach 2.4 trillion renminbi ($370 billion) last year, says the commission – China’s insurance industry could in ten years become the biggest on earth.

The rapid growth is good news for Chinese insurers. The commission says assets of the overall insurance industry in China were 12 trillion renminbi last year, more than twice what they were five years previously. In the same period, profits more than tripled.

While the figures may be glowing, this has all been achieved with one glaring omission: mutual insurance, which happens to be the fastest-growing insurance sector in the world. Accounting for a little over a quarter of the global insurance market, co-operative and mutual insurance firms en-joyed a 31% increase in premium income between 2007 and 2014, according to the International Cooperative and Mutual Insurance Federation (ICMIF). In the same period, premium income in the overall insurance market rose 13%.

China’s astounding growth has occurred without any form of mutuals market at all. As in many developing economies, the mutuals concept never got off
the ground.

But what would happen if China introduced mutual insurance too? We may be about to find out. In February 2015, the Chinese government enacted a new law allowing the creation of mutual insurers, with up to five licences to be granted in 2016. Zhonghui Property Mutual Insurance, Xinmei Mutual Life Insurance and Huiyou Construction Mutual Insurance are among the applicants waiting to hear if they have been approved.

SCARY NUMBERS
The ICMIF is an adviser to the Chinese regulator. The body’s chief executive, Shaun Tarbuck, says 30 groups have applied to the government for the new licence, created, he believes, as a reaction to mounting pressure on government coffers caused by China’s ageing population. The government wants an enlarged private pension system to supplement the public system, which is facing a shortfall as tens of millions of new retirees begin drawing benefits.

“The government wants everyone to have access to some kind of insurance – whether that’s health or pensions, or general life insurance,” says Tarbuck. “Currently 800 million people in China don’t have any insurance at all. That’s over half the population. [Insurance holders] are all in the wealthy and middle-class areas, just like any other country. Meanwhile there are 250 million farmers in China and hardly any have insurance. So the need is there, the numbers are scary, and this could escalate very quickly.”

The arrival of mutuals is just one manifestation of a period of change. Deregulation is also affecting the way Chinese insurance firms invest. By 2019, Chinese insurance firms are expected to increase their holdings of overseas real estate more than four times over to $73 billion, according to Cushman & Wakefield, a real estate firm. By 2024, that figure could rise to $154 billion.

TEN-YEAR THING
Until now, China has kept a lid on the development of mutual insurance. Other developing countries have done the same, often because the large multinationals that first went into these markets did so on terms that would suit them, preventing a mutuals market taking root and growing. In China’s case, its three major insurance companies are all majority government-owned. It is understandable that the Chinese authorities have previously prevented a more open model eating into that market share.

But the Chinese government has recognised it can’t afford to service a whole population itself, and is looking for business solutions to help out. Tarbuck reckons the Chinese have taken inspiration from overseas. In the developed world, mutuals hold 31% of the entire insurance market. “China’s probably asking, ‘Why haven’t we got something like that?’” he says.

“It’s good to have diversity, and mutuals provide a good balance to the industry. They also tend to dominate where the main insurance is healthcare. Take Sweden’s Skandia, which decided recently it was better to offer healthcare via mutuals rather than a shareholder structure.”

Not that it’s going to happen overnight: the UK’s mutual sector, for example, has taken 300 years to build. It won’t take that long in China, but it may still be a slow burn. “A mutual industry tends to bring diversity, strength and prosperity to a country,” says Tarbuck. “But you’re looking at a ten-year thing.”

GOOD ENOUGH FOR US
Anyone looking to get a slice of China’s mutuals market will face one major hurdle: in the UK, for example, the minimum capital level for an insurance start-up is equivalent to $1.5 million. In China, an insurance start-up needs $20 million before it can start selling products. Hence the players circling the new Chinese mutual insurance market aren’t necessarily small. One company, for example, is funded by Chinese tech giant Alibaba. “Being online, with the vast potential reach and IT and distribution systems it already has, no one knows what will happen,” says Tarbuck, who has met the senior management team. “But you can imagine what it can potentially do.”

And while it’s early days, the mutuals market doesn’t necessarily represent a major opportunity for a flood of overseas players. The number of domestic Chinese insurers is rising fast (from only 75 prior to last year), and the regulator may be unwilling to dish out licences to international companies when it could support domestic firms instead.

Similarly Tarbuck believes the Chinese mutuals market, despite the name, “is not being set up for the mutual funds industry”.

“I’m not sure the new Chinese mutuals will be moving into the investment side,” he says. “There’s probably a 50-50 split between life and non-life. There probably is money there for investment managers to manage, but a new start-up insurer would need to get the business going – invest in safe areas like bonds for the first five to ten years, make sufficient profit and build reserves.”

But while the benefits for these other spin-offs may not yet be clear, the benefits for the country are obvious. As members of a mutual are its sole owner, insurers following this model are able to focus entirely on customer satisfaction, rather than having to please shareholders. Tarbuck adds that anything earned in a country by mutual insurers stays there.

“It’s not like they’re a company in Germany, say, realising that its Chinese operation is no longer profitable so it should pull out,” he says, “or a company like Axa repatriating the money back to France. Chinese mutuals will continue to invest in and grow with their community. There’s strength in that. Mutuals currently only have a 4% share of insurance markets in developing economies, versus a 31% share in developed nations. There’s a dichotomy there: it’s good enough for us, why not for them?”