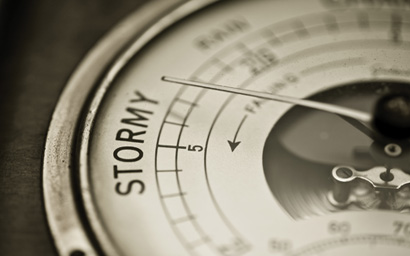 China is headed for a banking crisis and a credit crunch caused by excessive bad debt and the government is not doing enough to address the problem, says a leading China strategist.

Davd Cui of Bank of America Merrill Lynch made the alarming prediction at the FundForum Asia conference held in Hong Kong this week.

"A banking crisis where we have to write off equity in the banks is almost certain," said Cui. "Most likely we will have a credit crunch and most likely some meaningful devaluation of the currency. After the crisis, if the government uses the printing press to bail out bad debt, there is the possibility of significant inflation. In summary, if you look at the real economy and the leverage issue, things are going from bad to worse every year."

Cui pointed to the market response to the default of Cloud Live Technology, the second mainland onshore bond default, as evidence that stock market investors were failing to take economic problems seriously.

"The Cloud Live default was supposed to be a big event but the market ignored it. The stock went up. This has all the hallmarks of irrational exuberance."

Cui was also critical of the Chinese government's efforts to stimulate the economy, which some analysts believe will allow China to grow out of its problems. Cui argues stimulus has so far gone into investment rather than consumption and may in fact worsen the imbalances.

"In my mind, stimulus is like drinking sea water to quench your thirst," he said. "Temporary relief that makes the problem worse."

Cui estimates there is $2 trillion worth of bad debt in the Chinese financial system and believes the only way to avoid a crisis is for the government to write off a lot of it. He advocates reducing redundant capacity and rebalancing the economy so that investment and consumption are closer matched.