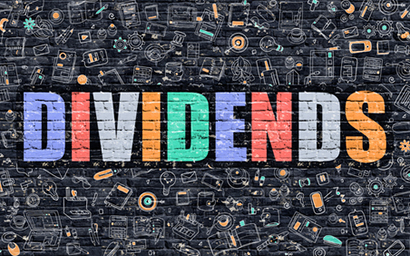 Global dividend cuts in 2020 were less severe than feared, according equity income fund manager, Janus Henderson, who also estimates dividends could grow by 5% this year. Once the pandemic took hold around March last year, US$220 billion of global dividends were cut, with one company in every eight cancelling payouts. But payouts in the fourth quarter were better than expected, with China recording a modest rise, according to Janus Henderson, which produces a dividend index. Dividends still fell 12% on the previous year to $1.26 trillion. The figures for Asia-Pacific ex Japan was in line with the global average. In contrast to its management of the pandemic, Australia was the poorest performer in dividends, contributing most of the cuts and down by 43% on payouts.  Meanwhile Hong Kong held steady in 2020. Despite two in five companies either cutting or cancelling their dividends, an increased payout from insurer AIA and China mobile along with a resilient real estate sector helped the Hong Kong market to stay even. The best performing market in Asia-Pacific was China, where payouts rose by 3% between April and December. Although one in three companies in the Janus Henderson index cut their payouts, the largest companies were mostly unaffected, including the banking sector which accounts for three fifths of dividend value. Japan was similarly resilient with one company in 30 cancelling payouts while one in three made cuts, fewer than many other developed countries. Although the cuts and cancellations totalled $220 billion between April and December 2020, companies nevertheless paid their shareholders $965 billion, still far outweighing the reductions, said Jane Shoemake, investment director for global equity income at Janus Henderson. Places like Australia suffered a greater decline because some companies had arguably been overdistributing before the crisis and because of regulatory interventions in the banking sector, said Shoemake. “But at the global level, the underlying 15% year-on-year contraction in payouts between Q2 and Q4 has been less severe than in the aftermath of the global financial crisis,” she added. Janus Henderson’s best-case scenario sees 2021 dividends rising 5% on a headline basis to a total of $1.32 trillion. The worst-case could see the headline number fall 2%.
Apac dividends see slowest growth rate since 2010
Asia lags mean global dividend growth
Dividends growth “slowdown underway”
© 2021 funds global asia