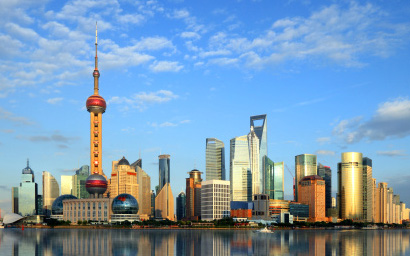 Singapore’s sovereign wealth fund, GIC, and real estate giant CapitaLand have teamed up to acquire Shanghai’s tallest twin towers – standing at 263 metres – for RMB12.8 billion (€1.61 billion). The 50-50 joint venture with GIC was made through Raffles City China Investment Partners III, of which CapitaLand owns 41.7%. The property is currently under development and located in the Hongkou District, and is CapitaLand’s third Raffles City integrated development in Shanghai. It sits along the Huangpu River on North Bund. Lee Kok Sun, chief investment officer at GIC Real Estate said: “We are attracted by the quality of this asset and expect it to generate steady, resilient cash-flows.  “This is especially so as Shanghai continues to grow as an international finance and commercial centre. As a long-term investor, China remains a key focus for GIC,” he added. An integrated development, the two 50-storey buildings will contain office space and will be joined at the base by a seven-storey shopping centre. The site will also be directly connected to two major metro lines with the highest number of interchange stations in China’s largest city. It will open in phases from the second half of 2019. ©2018 funds global asia