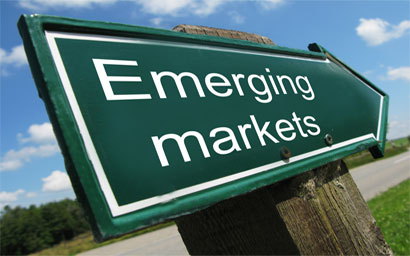 Allocations to emerging market bonds were surging before the Covid-19 crisis, analysis of fixed income markets shows. The finding, which shows how bond markets were evolving prior to the crisis, is taken from fund manager Invesco’s third annual ‘Global fixed income study’ covering 159 chief investment officers and asset owners around the world with $20 trillion (€18.4 trillion) of assets. Invesco found that 72% of investors had an allocation to emerging market debt versus 49% observed in the 2018 study. “Sixty-nine per cent of those invested in it have done so for returns, compared to just 25% of North American investors, who tend to see EMD [emerging market debt] as a diversifier,” said Nick Tolchard, head of Emea fixed income at Invesco. “Moreover, investors are no longer thinking of EMD as a monolithic asset class. We’re now seeing increased interest in specific markets, which we see as a long-term trend. It’s notable that Chinese fixed income in particular is one of the best performing asset classes this year, beaten only by US Treasuries.” Some of the other findings among respondents were:
China bonds: Dining at a global bond buffet
© 2020 funds global asia