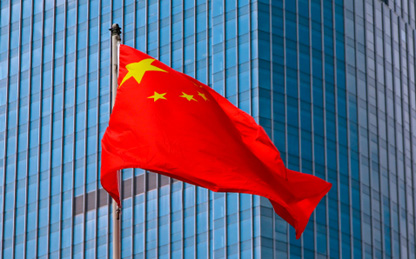 Having taught English in China in the late 1980s, I am always amazed that investors are not more concerned that it is a communist dictatorship. Fund managers tend to wave away questions about the political hinterland, as if they were silly or pedantic – or just plain annoying. There are things about China I’ll never forget: the jaw-dropping racism towards my black friends; the fear in my students eyes’ if certain topics were broached (Mao, the Cultural Revolution); endless conversations about the weather because there was nothing else safe to discuss. I know China has changed and I understand the allure of the kerching sound. But still. There is a fundamental mismatch between free-market capitalism and totalitarianism. And China remains a totalitarian regime.  To ignore this, we must engage in doublethink, and that is dangerous. I was once astonished to be told by a representative of a Chinese asset manager that they were bearish on a certain emerging market because of the risk of a left-wing president coming to power. Where to begin unpicking that?  If you don’t believe me when I say China is totalitarian, ask Joshua Wong, the 23-year-old Hong Kong activist who has endured long periods in prison. Since June, his pro-democracy political party has been banned because of the new security law imposed by China. The chorus of disapproval from the business community that greeted this manoeuvre was far from deafening. HSBC, Standard Chartered and Jardine Matheson all supported the new law. HSBC posted a photo of its Asia-Pacific chief, Peter Wong Tung-shun, signing a petition in favour of it.  “We reiterate that we respect and support laws and regulations that will enable Hong Kong to recover and rebuild the economy and, at the same time, maintain the principle of ‘one country two systems,’” the bank wrote in a post. This is like offering a playground bully your sandwiches when he only demanded your crisps. HSBC has not simply failed to stand up to China; it has prostrated itself at its feet.  Investors and fund managers face a dilemma: speak up or become complicit? The answer should be obvious, but it doesn’t seem to be. Federated Hermes and Aviva Investors are among the few to criticise the banks’ response to the new law. “We expect companies to support improvements in protections for citizens and not back their removal,” said Roland Bosch, sector lead for financial services at Federated Hermes International.  With investors concentrating more on environmental, social and governance (ESG) investing – and more on the S and G – this robust response is surely what is required. There are never any prizes for pusillanimity, and this is not the moment for it. Woke pogroms against ‘wrongthinkers’ threaten freedom of speech in the West. People with the influence cannot afford to shilly-shally on this issue anywhere in the world. In any case, repression has consequences – and just like the consequences of environmental damage, they can be financial. This helps to explain why Hong Kong has plummeted 34 points and three places in the Z/Yen Global Financial Centres Index. Also, why manufacturers are diversifying supply chains away from China.  In the long run, pretending that China’s actions in Hong Kong are OK will always be a losing strategy – for the pocket and the head. As George Orwell wrote in Nineteen Eighty-Four, “Freedom is the freedom to say that two plus two make four.” To support the new security law in Hong Kong is to make five. Fiona Rintoul, editor-at-large at Funds Europe.  © 2020 funds global asia