Savills IM’s new CEO to be based in Singapore 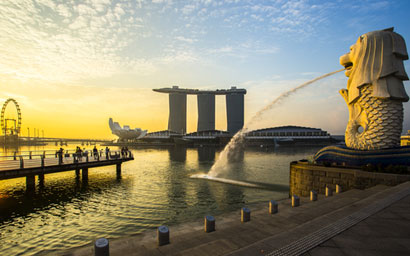 Savills Investment Management (Savills IM) has hired Alex Jeffrey as its new chief executive. Jeffrey will join the global real estate investment manager later this year and be based in Singapore. Commenting on the Asia-based appointment, Mark Ridley, chief executive at Savills Plc said: “The fact he will be based in Singapore is a clear demonstration of the importance we attach to Savills’ future growth potential in the Asia Pacific region, linked to our strong UK and European platform.” Jeffrey takes over the responsibilities in his new role from Kiran Patel, who has served as acting chief executive since mid-2018. Patel will carry on in his role as chief investment officer and will become deputy chief executive. Prior to his appointment with Savills IM, Jeffrey was head of Asia Pacific for M&G Investments. The firm currently has €20.7 billion in assets under management compared to €7.2 billion in 2015, and Jeffrey will be responsible for “leading the next stage of Savills IM’s global growth,” the company said in a statement. Savills IM is the investment management business of Savills Plc. ©2019 funds global asia