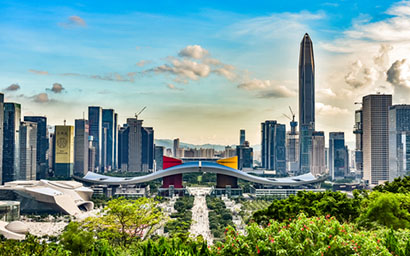 A ranking of global cities by asset manager Schroders has highlighted Shenzhen as “top of the list for cities to watch in 2018”. The Chinese metropolis was ranked 20th in the Schroders Global Cities index, released in January, an improvement from 24th in the previous version of the ranking. “Shenzhen is a clear example of a city enjoying a virtuous circle,” said Hugo Machin, co-head of global real estate securities. “It caters to growth sectors, in a growth region of a country which is still on a path to a consumerist economy.” Home to technology giants such as Huawei and Tencent, Shenzhen is part of China's Greater Bay Area, which encompasses Guandong, Hong Kong and Macau. About 5% of China's population lives in the area, which accounts 12% of national GDP. Machin said China's commitment to improving mass transit between the cities of the Greater Bay Area would lead to economic clustering effects. ©2018 funds global asia