What does Modi’s election victory mean for investors? 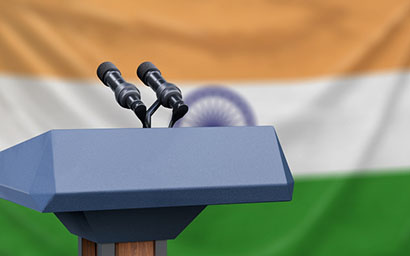 Narendra Modi will be sworn in as India’s prime minister on May 30, 2019 after winning a second term in office. It is the first time that a prime minister and his party – the Hindu nationalist Bharatiya Janata Party (BJP) in Modi’s case – have won two lower parliamentary house (Lok Sabha) elections consecutively with more than 50% of the votes. The BJP-led National Democratic Alliance (NDA) won 354 of 545 seats in the Lok Sabha. Modi faces an immediate challenge to get India’s economy back on track after growth slumped to 6.6% in the three months to December 2018 – its slowest pace in five quarters. What does Modi’s election victory mean for investors? “Most market participants; domestic as well as foreign investors; had factored in the continuation of Modi Government for political stability, policy continuity, reform continuity and faster resolution of impending issues,” UTI International said in a statement. “We believe, in its second term the NDA will attempt to achieve the missed targets set for first term,” added UTI, identifying growth revival, capex revival, job creation, agricultural sector relief and housing for all. Just ahead of a Modi victory, Sandeep Kothari, portfolio advisor for the Fidelity India Focus Fund said in a statement: “With a clear majority in the upper house of the parliament, the BJP has got a historic chance to take forward the reform agenda it had embarked in the last five years. Some of the tough economic decisions taken, such as sticking to fiscal prudence and inflation control, implementation of uniform Goods and Services Tax (GST) and the new Insolvency and Bankruptcy Code had an adverse impact on growth in the last couple of years. “However, the government has got an unprecedented opportunity to build on the base it has created to revive the economy in its second term. Recent events such as the liquidity crunch in the non-banking financial sector, had a short-term impact on consumption. The market expects that the new government will quickly address these issues and take economy back on the growth path. “Given the ongoing clean-up in public sector bank balance sheets as well as the reduction in corporate debt levels, I expect private sector capex cycle to revive in the next 12-15 months, added Kothari. “Overall, I expect that this historic mandate for a strong and decisive government will help take India’s reform process forward and improve the country’s growth prospects.” According to Binay Chandgothia, head of Asia, managing director and portfolio manager for Principal Portfolio Strategies, while elections can create volatility in the short-term, they do not necessarily play a dominant long-term role in asset allocation. “In the medium term, we think the flow picture for Indian assets will be driven by the outlook on Indian FX, fiscal policy and growth outlook. The outlook for the rupee and Indian yields will be shaped by the interactions between inflation (oil prices and fiscal policy are extremely important) and the growth trajectory (primarily domestic but also global),” Chandgothia said in a statement. “We expect the short-term market reaction to the election outcomes to fade soon, with the medium-term outlook on growth/inflation taking over. That, in large part, will be driven by the policies implemented by the government in its second term,” added Chandgothia. ©2019 funds global asia