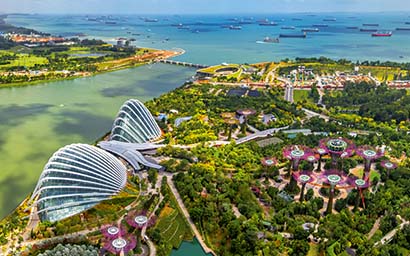 A panel of experts gathered in Singapore to discuss what it will take for the city-state to become a leading domicile for alternative investment funds. The event was hosted by SGG Group in partnership with Funds Global Asia. The timing was apt. The same week that the bill for Singapore’s Variable Capital Company (S-Vacc) entered parliament, Funds Global Asia chaired a panel discussion at an event in Singapore hosted by SGG Group to discuss the country’s prospects as a hub for alternative investment funds. Singapore has not historically had a legal structure designed specifically for open-ended investment funds. In the past, managers have structured funds in Singapore as companies, limited partnership or unit trusts but these structures each presented various difficulties, for instance fund managers have sometimes been required to make their shareholders’ register public, which some managers prefer not to do. The S-Vacc, designed especially for funds, is hoped to be the tool needed to encourage a blossoming of the Singaporean funds industry. But is this new structure fit for purpose? Local first
The principle point the panel stressed was that the target market for the first iteration of the S-Vacc, “version 1.0” as they put it, were local or regional asset managers that already had operations in Singapore or were headquartered there. Version 1.0 was not necessarily aimed at global managers, said Mriganko Mukherjee, a partner at consultancy EY. These global firms already have fund ranges domiciled in established jurisdictions such as Luxembourg; the cost of redomiciling their funds to Singapore may be prohibitive in the short term. Local and regional managers, on the other hand, will find the S-Vacc structure convenient, especially as it would spare them the necessity to travel to jurisdictions such as the Cayman Islands to meet their responsibilities as fund directors. Costs attractive
The costs of the S-Vacc structure, although they have yet to be clarified, would likely be competitive with other jurisdictions, said Udit Gambhir, managing director, Asia, SGG Group. The Monetary Authority of Singapore (MAS) has learned from other jurisdictions in its construction of the vehicle. Guidelines indicate the S-Vacc regulations will be less onerous than, for instance, a Luxembourg structure, which ought to allow the set-up costs of an S-Vacc to compete on price with Luxembourg vehicles, though there may be a requirement for a trustee or custodian depending on the category of investors in the fund. The S-Vacc may help fund managers avoid costly regulatory burdens, too. Under the base erosion and profit shifting (BEPS) initiative, an international effort aimed at tackling tax avoidance strategies, fund managers will be obliged to demonstrate they have “substance” in the jurisdictions in which their funds are domiciled. For Edelweiss Alternative Assets Advisors, an India-based fund manager with operations in Singapore, an S-Vacc would be a convenient way to comply with BEPS rules, said Ashish Pithawala. For an Asia-based manager, he added, the decision to use faraway domiciles such as the Cayman Islands “can so easily be questioned”. Limitations
The panel agreed that version 1.0 of the S-Vacc was not perfect and would need to be refined and updated in future iterations if it was to be successful. As an open-ended structure, the S-Vacc would suit managers of liquid assets such as equities and bonds but would not necessarily meet the specific requirements of private equity or real estate managers, said Kai-Niklas Schneider, partner at law firm Clifford Chance. He said he hoped MAS would take a more nuanced view of asset classes in future such that managers of liquid and illiquid assets would not be treated exactly the same way, which was a complaint he often heard from the private equity industry. The panel also agreed that Singaporean fund structures would face ongoing challenges so long as there was no convenient way to passport these funds into other Asian markets. The promise of a pan-Asian passporting scheme to match the Ucits regime in Europe has been touted for some time, but initiatives such as the Asia Region Funds Passport (ARFP) are still under negotiation. The difficulty of coordinating an initiative involving so many stakeholders was mentioned by the panel. Nevertheless, without passporting, the S-Vacc would not realise its full potential as a distribution vehicle, said David Fergusson, chief investment officer, Woodside Holdings Investment Management. ©2018 funds global asia