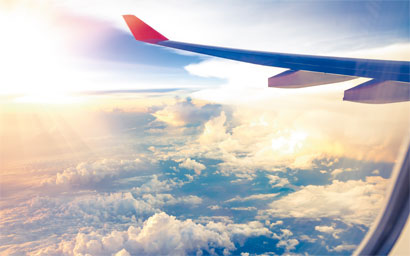 Centuries ago, China was a fearsome naval power. The rise of WeChat shows how it might become a financial one, writes our correspondent in Asia. In the early 15th century, it was not Britannia that ruled the waves but China. Under the Yongle emperor, the third of the Ming dynasty, China launched a series of voyages that demonstrated naval technology surpassing anything in the world at the time. Commanded by the admiral Zheng He, the flotillas of up to 300 vessels sailed out on tribute-gathering missions to Malaysia, Sri Lanka, India, Iran, Arabia and east Africa (claims they circumnavigated the globe are dubious). Each journey included giant ‘treasure ships’ that had a capacity of about 20 times that of the largest boats sailed by Vasco da Gama and Christopher Columbus. Zheng He returned to China with a panoply of booty: spices, incense, precious metals, gems and exotic animals. However, after seven voyages, Zheng He’s navy was mothballed, with a moratorium on future sailings. The reasoning lay partly in opposition from bureaucrats who viewed the excursions as a costly triviality, partly because the empire had failed to subjugate neighbouring Vietnam, which rendered shows of maritime strength in the area irrelevant, and partly because the empire at the time had no interest in overseas territorial expansion. The decision to leave the boats at harbour was fateful. China voluntarily gave up its naval dominance in Asia only for the European powers and later the US to seize it for themselves in the following centuries. Yet, more than 600 years after Zheng He’s first voyage, China is again on the ascent. As China rises to challenge the US as the world’s superpower, it is not only fighting for control of the seas, but control of finance too. There has been much talk of the renminbi becoming a major global currency and perhaps one day overtaking the dollar as the world’s reserve. As yet, that day is a long way off, seeing as the renminbi must first leapfrog the yen, the pound and the euro before it can challenge the share of world payments held by the US currency. However, few doubt the direction of travel, and as China becomes more powerful, it will be able to require its trade partners to denominate their transactions in renminbi and not dollars. UPSETTING THE APPLE CART
In the meantime, there are other arenas in which Chinese finance is upsetting established norms in the West. One is financial technology, or fintech. The US and Europe are slowly waking up to the mobile app phenomenon that is WeChat, a ‘super app’ which combines everything from instant messaging to restaurant reservations, and, most saliently, financial services. Within the WeChat app, as well as paying bills and sending one another money, users can invest in financial products. The app has the power to revolutionise fund distribution by allowing an enormous pool of users to invest small sums in financial products, widening the reach of fund companies beyond the urban high-net-worth population to include everyone with a few spare renminbi at the end of the month.  In China, with its booming middle class, that category includes hundreds of millions of people. Companies in the West would love to repeat the experiment and sell fund units through apps, but they are currently hamstrung by their compliance departments, which must meet complex know-your-client and anti-money-laundering rules.  Although China has its own rules on financial transparency, these have yet to curtail the growth of online financial services. And, so long as China’s system is working well, they may never do so, because, as a rising superpower, China has the strength to set its own terms. ©2016 funds global asia