INTERVIEW: ‘It cannot be excluded’ 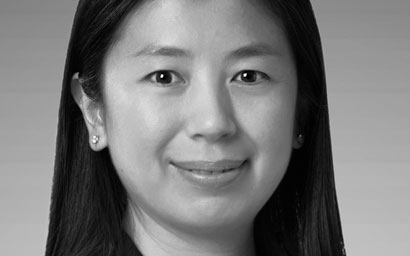 Bond Connect’s launch means China’s onshore bond markets are more accessible than ever. Mo Ji, an economist at amundi, tells George Mitton why that matters. It is an oft-quoted statistic that China’s onshore bond market, which is worth roughly $10 trillion, is the third-largest in the world behind that of Japan and the US. Yet foreign investors have played a small part in its development; they own only about 4% of Chinese government bonds. The Chinese authorities would like more foreigners to buy onshore bonds. It is believed that foreign institutional investors can instil greater market discipline, helping Chinese issuers and banks move closer to global norms. A more diverse supply of lenders would also help make China’s financial system more resilient. To promote more foreign bond buying, China launched Bond Connect on July 3. Modelled on the Stock Connect schemes that link Hong Kong with Shanghai and Shenzhen, Bond Connect allows foreign investors to buy mainland-listed bonds via the Hong Kong Stock Exchange. But will it achieve its aims? Not a gold rush
Data from ChinaBond suggests the scheme has had a fairly sedate beginning. Foreign funds’ holdings of Chinese government and corporate bonds rose less than 5% in the first month of the scheme’s operation. Although a step in the right direction, it was not the kind of rapid increase that some market participants hoped for. Mo Ji, chief economist for Asia excluding Japan at Amundi, says patience is needed. “It won’t be a gold rush,” she says. “The growth will happen gradually. When the markets are more comfortable, then the central banks and pension funds will follow. This is certain in my view.” Bond Connect is the latest initiative in a series of moves aimed at liberalising China’s capital markets. An important step was taken in February 2016, when the authorities opened China’s interbank bond market to eligible investors, mainly large foreign institutions. The scheme was notable because participating investors did not face quota restrictions or limits on repatriation. Bond Connect goes a step further in removing the need for investors to gain regulatory approval. Foreign institutions simply need to set up a Bond Connect account with a participating bank in Hong Kong, convert foreign currency into offshore renminbi and begin investing. According to Ji, the importance of Bond Connect is that it reinforces the willingness among the Chinese authorities to open the onshore market. “This is a symbolic step,” she says. Distance to go
However, there is still a long way to go before foreign investors correct their underweight position in Chinese bonds. The 4% figure for foreign ownership of Chinese government bonds compares with a foreign ownership rate of more than 10% for both Korean and Japanese government bonds, according to the Asian Development Bank. In Malaysia, foreigners own a quarter of government bonds. For Ji, the figures imply an inevitable build-up of foreign buyers of Chinese paper. The size of China’s market is such that it constitutes about a tenth of the world’s entire bond market. This market is so big, she says, “it cannot be excluded”. Yet there are barriers to increasing foreign holdings of Chinese bonds. Although Bond Connect solves many of the technical challenges, the providers of global fixed income indices have generally not included China. This means global investors that follow these benchmarks are entitled to ignore China altogether. Index inclusion has been discussed but, broadly, it has not yet happened. JP Morgan has had China on “index watch” for inclusion in its widely followed GBI-EM Global Diversified series since March 2016. The index providers are taking a cautious position. Aware that their judgement could unlock billions of foreign inflows into China’s market, they say they are monitoring China carefully in case the authorities should backtrack on any of their reforms. For Ji, however, index inclusion is inevitable. The only question is when. “In terms of global bond indices, it should be sooner than markets expect,” she predicts. Good timing?
A more difficult question is whether now is a good time to invest in Chinese bonds. China has the capacity to strike fear into the heart of many a global asset allocator. Leaving aside the question of capital controls, there are recurrent concerns of a market collapse. Analysts are particularly worried about the massive build-up of debt in the Chinese economy that accelerated after the 2008 global financial crisis. Ji concedes that debt is a problem for China’s policymakers, but she argues they are responding to the challenge. “Local government debt is already down,” she says. “We still have enough liquidity to help the system solve some problems. If debt becomes a big bubble, it has to burst. But, currently, they are trying to deal with it by deleveraging.” She adds that one notable trend has encouraged bond buying from an influential set of investors: central banks. The decision by the International Monetary Fund to add the renminbi to the special drawing rights (SDR), a basket of reserve currencies, obliged central banks to increase their holdings of the Chinese currency, which now has a status on a par with the dollar, euro, yen and pound. Other trends in the Chinese economy will increase demand for foreign investment. The One Belt, One Road initiative, a plan to spread Chinese influence across swathes of central and south-east Asia, depends on huge infrastructure projects. Although many of these will be financed by loans from Chinese banks, international investors can and should play a role, she says. Then there is the trend towards environmental protection in China, which has seen the country become a leading issuer of green bonds. Opening up the onshore market will help to harmonise standards for such instruments, which ought to encourage more foreign participation. Bond Connect in itself is not a turning point in China’s development, but it is a step on a road to a truly open market. ©2017 funds global asia