THE EQUITY MANAGER: ‘We want to invest in the new Singapore’ 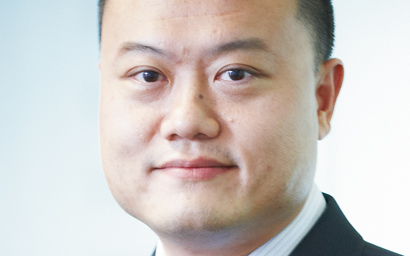 Singapore’s recent celebration of 50 years of independence gave it the opportunity to reflect not just on its past but on its future. For Lai Yeu Huan, senior portfolio manager at Nikko Asset Management, the key companies to target are those he considers to be part of the “new” Singapore.

What kinds of companies are we talking about? Well, not the traditional banks and not the marine sector, both industries that Lai has taken underweight positions in. Instead, he is interested in new companies, many of them technology firms involved in industries that have sprung up as a result of the internet and social media. Grab, for instance, is a Singapore-based version of Uber, which hopes to make ground transportation more efficient.

INTERMEDIARY
Lai also sees opportunities in e-commerce and in logistics, both industries where Singapore’s historic role as an entrepôt could serve it well in future. The city state is not limited to physical goods either. Financial technology could help the country’s finance sector become more innovative, cementing its position as a financial intermediary in pan-Asian trade.

“The new Singapore revolves around services, e-commerce, logistics,” he says. “It builds on Singapore’s position in financial intermediation and on new industries such as electric cars.”

These efforts have gained support from government. The Singapore authorities have made it easier for start-up companies in recent years, offering tax breaks and fast-tracking visa processing to help new ventures get off the ground. Meanwhile, the Monetary Authority of Singapore (MAS), the country’s financial regulator, launched a FinTech & Innovation Group in 2015 to oversee financial innovations such as mobile payments and cloud-based financial services.

Lai admits there are rival Asian hubs for technology innovation, such as Taiwan and Shenzhen for instance, but argues that “Singapore has a better chance than most” at gaining the title of Asia’s Silicon Valley. And he believes investors will be rewarded by backing those companies trying to make their digital dreams a reality.

GROWTH CONCERNS
A digital revolution would be welcome in a country with Singapore’s relatively low growth rate. With growth of no more than 1.5%, Singapore’s economy is expanding far more slowly than other Asian countries such as the Philippines or nearby Malaysia. Lai, who invests across south-east Asia, characterises economic growth in Singapore as “soft but stable”.

In the country’s favour, MAS has signalled it may further loosen monetary policy to support growth. Lai would welcome their efforts. An environment of “tepid” growth is difficult for fund managers, he says. Nevertheless, during the recent volatility, assets under management of Nikko’s Singapore-domiciled funds have stayed fairly stable, with the firm’s dividend fund doing relatively well in recent months.