EAST CAPITAL INTERVIEW: A good time to clear the air 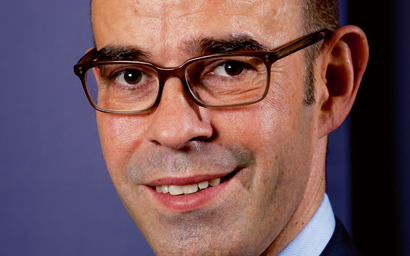 East Capital recently revamped its China equity fund to be a thematic product focused on the environment. FranÃ§ois Perrin tells George Mitton about the new direction.

Beijing, Christmas Day, 2015. A city awakes beneath a shroud. Smoke swirls beneath doors, buildings a street away become invisible, throats feel raspy and dry. Even for residents accustomed to pollution, this was a bad day. The PM 2.5 index, a measurement of air quality that looks at the smallest and most deadly airborne particles, was over 500. For perspective, the World Health Organisation recommends a measurement of 25 as a safe threshold. The claustrophobic, cloudy smoking room in an airport averages a score of about 200.

Everyone knows China has a problem with pollution, but the scale of the problem, as revealed by the data, says François Perrin of East Capital, “can be ugly”. However, he does not despair. In fact, he believes the trend has turned and the next ten to 20 years will see a steady improvement in air quality. Why? Because China knows it has a problem. Huge sums are being allocated to improve air quality. Companies are incentivised to reduce harmful emissions. Importantly, a taboo on discussing pollution has lifted, and on WeChat and in the streets, Chinese people are talking openly about the problem.

“I was in Chongqing a year-and-a-half ago when an 18-year-old man asked where I was from,” recalls Perrin. “I said I lived in Hong Kong. He would love to go there, he said, because it is not as polluted as Chongqing. That kind of comment was not acceptable five years ago.”

SPENDING
Perrin joined East Capital in 2015 as a portfolio manager for Greater China. His first task has been to manage the transition of the East Capital China Fund, a Ucits product launched in 2007 that invests in a broad range of Chinese equities, into an environmental fund investing specifically in Chinese companies in the clean energy, energy efficiency, clean transport and water sectors.

Perrin, who formerly worked for BNP Paribas Investment Partners, says the new direction is exciting because the clean technology sector is poised to boom in China, thanks not only to a growing recognition of the country’s environmental challenges, but also to the huge sums the government is allocating to solve them.

The growth in government spending has indeed been impressive. Five years ago, the Chinese government allocated about 300 billion renminbi ($46 billion) a year on environmental protection, rising to 500 billion a year in 2015.

In the country’s forthcoming five-year plan, its 13th, China will allocate almost 1 trillion renminbi per year to the sector. In terms of GDP, the government’s commitment will rise from roughly 1% of GDP in 2000 to an estimated 2.7% by 2020.

UNIVERSE
That increase in spending has come alongside a rise in the number of listed stocks in the clean technology sector.

Eight years ago, when Perrin was managing a similar strategy for his former employer, his team shortlisted 200 mainland and offshore-listed Chinese stocks. Today, the number has risen to 300.

The additional choice means East Capital can be strict about which stocks it includes in its investable universe and which it excludes.

“Does it make sense for an environmental fund to invest in a name that produces 20% of its electricity with wind but 80% with coal?” he asks. “You are part of the solution but you’re also part of the problem.”

Perrin says that of the 300-strong universe, more than 200 listed companies are both environmentally sound and trustworthy in terms of corporate governance, meaning there is plenty of choice for the fund. He is not bothered about whether a company is listed in Shanghai or Hong Kong. In its former incarnation, the East Capital fund gained approval from the Luxembourg regulator to invest up to its entire asset base in mainland-listed A-shares bought via the Shanghai-Hong Kong Stock Connect. That means the fund has the flexibility to buy either mainland-listed or offshore-listed stocks without limitations.

DROUGHT
One of the key sectors the fund will target is water. Fears of shortages are alarming Chinese officials so much that roughly half of the newly allocated environmental funding in the 13th five-year plan is expected to go to water projects.

The fear comes from a recognition that, in terms of water, things are getting worse and worse for China, especially in big cities such as Beijing.

“Beijing is a city of 18 million people that shouldn’t exist from a water perspective,” says Perrin. “You have to send water from the north or south. You are talking about a potential agglomeration of 100 million people with little or no access to water.”

The fund will invest in companies building water infrastructure – pipes and pumping stations, for instance – but also in firms pursuing new technologies for reusing, desalinating or otherwise treating water. “Guys producing membranes, pumps and so on,” he says.

BACKGROUND
Perrin is well placed to manage the East Capital fund. He has managed environmental funds for 15 years, initially for Fortis Investments, which was acquired by BNP Paribas. Former products have seen significant inflows. A Chinese environmental strategy launched by Fortis Investments and sold by a Japanese distributor raised more than

$1 billion in three weeks. Whether Perrin can repeat these kinds of sales at East Capital remains to be seen.

However, there is certainly a need for environmental protection in China, and with the weight of the government behind the project, there ought to be many opportunities.

“China is becoming the largest electric vehicle market in the world and the largest cleantech market – twice the size of the US or Europe. The solutions to the world’s environmental problems will most probably be produced or commercialised in China.

“The question for me is, how can you consider this issue at a global level and not incorporate China at a portfolio level? Not only offshore but onshore, where the real companies are.

“The problems will be solved but it’s not a quick fix. It’s a massive transformation of the Chinese economy and society that could take 20 years.”