VIETNAM: When the cap doesn’t fit 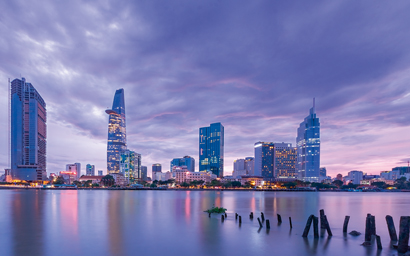 When David Roes, a hedge fund manager, began visiting Vietnamese companies at the end of 2011, the local stock market was almost five years into a prolonged bear market. Many firms had gone bankrupt. The ones that had survived couldn’t understand why any investor wished to see them.

“Most companies we went to had not been visited in two or three years, not by local analysts, fund managers or local investment banks. Nobody.”

But Roes liked what he saw. Not only had the bear market weeded out weak companies, leaving many resilient but embattled firms trading at depressed valuations, but there was a sense of a shift, with the government beginning to push through policies that would support the equity market. Roes thought he had identified the bottom of the cycle.

“I would define the theme as distressed pricing,” he says. “If you looked at Singapore and found a company trading at two times earnings, you would ask what’s wrong with management. In Vietnam, you found more than 200 companies out of 700 that were trading at these massive discounts. It had nothing to do with the company per se and everything to do with investor sentiment.”

LIFTING LIMITS
Fast-forward to 2015 and the outlook for Vietnam is rosier. In June, the government said some firms would have the option of raising their foreign ownership limits above 49%, a development international investors had been awaiting for some time. Although so far, only brokerage firm Saigon Securities has lifted its foreign ownership cap (to 100%), other companies are considering removing theirs too. Dairy firm Vinamilk has proposed to raise its foreign ownership cap to 100%, arguing the influx of foreign investors would help popularise the Vinamilk brand in global markets and allow the firm to call for capital more easily.

For the Vietnamese stock market as a whole, these efforts make it more likely that index provider MSCI will decide to include Vietnam in its Emerging Markets index in the next year or two.

The government has been involved in other initiatives too, concluding a free-trade agreement with the European Union in August. In 2014, Vietnam exported roughly $28 billion of goods and services to the EU, while importing $8 billion. European estimates suggest tariff reductions under the agreement could increase Vietnam’s exports to Europe by up to 40%.

“EU consumers should benefit not just from cheaper Nike trainers and Samsung phones but also from a growing number of Vietnamese products on the high street,” says Dominic Scriven, chief executive of Dragon Capital, a Vietnamese investment firm.

Then there are demographic trends that could catapult growth. An estimated one million Vietnamese people are moving into cities each year. The country’s middle class is expected to double by 2020. These trends prompted PwC, the consultancy, to suggest Vietnam will be one of the fastest-growing economies in the world between now and 2050.

CHEAP LABOUR
Is the growth sustainable? In Vietnam’s favour is a large and growing sum of foreign direct investment. Korean electronics giant Samsung now manufactures more mobile phones in Vietnam than in its home country. Japanese corporates seem eager to invest too, seeing Vietnam as more politically acceptable than China. The economics are favourable too – Vietnamese labour costs are on average significantly lower than those in China.

A comparison shows why investors can hope to benefit from Vietnam’s growth. A couple of years ago, there was excitement about Myanmar’s economy opening up, yet investment options were limited to only a handful of listed stocks. In Vietnam, there are more than 700 listed companies. At present, the market capitalisation of the country’s exchanges is a less than a sixth of neighbouring Thailand.

DEADLOCK
There are challenges. The government’s privatisation drive has not been progressing as fast as hoped, prompting prime minister Nguyen Tan Dung to call for an acceleration. One problem concerns the aforementioned foreign ownership limits, and apprehension about giving up control of industries to foreigners.

Not everyone thinks removing foreign ownership limits is a good idea. Although Vinamilk wants rid of its cap, Tran Dinh Thien, chief of the Vietnam Institute of Economics, was reported as saying the plan is unwise because it would leave the dairy industry open to foreign manipulation.

Sometimes company managements are unwilling to raise foreign ownership limits. “It appears to us,” notes a report by local asset manager VinaCapital, “that while raising limits presents an opportunity to add immediate value (stock with a full foreign room often trades at a premium amongst foreign investors) uncertainties around government relationships, regulatory impacts, and sector limitations has caused management and boards to take a laissez-faire approach to lifting caps.” These concerns may explain why the government’s privatisation plans – for instance, a scheme to sell off holdings in Vinamilk, FPT Corporation and Binh Minh Plastics – are proceeding slowly. VinaCapital says the state will get a good price only if international investors are able to participate.

But in such an uncertain environment, foreign investors are likely to take a cautious approach as well. They are put off by the relatively small stakes offered, continued government controls and concerns about conflicts of interest among shareholders.

TRAFFIC JAMS
There are headwinds in the economy too. Some worry about a potential bubble in the housing market and about bad debts in the banking system. Meanwhile, like many other rapidly growing Asian cities, the likes of Ho Chi Minh City are challenged by traffic jams and an infrastructure that struggles to meet the needs of an urban population growing at bewildering speed.

Vietnam could also use a more developed debt market, which would help the country in its bid to become an emerging market according to MSCI’s classification.

For investors ready to commit money, the choice of investment vehicle is important. The Market Vectors Vietnam ETF (exchange-traded fund), known as the VNM, has proved poor at tracking its benchmark in recent years due to Vietnam’s foreign ownership limits. The ETF hasn’t been able to buy the stocks it needs to match the index. As a result, many domestic asset managers say active management is preferable.

A willingness to look past the largest 30 names on the country’s stock markets is important too, say the firms. These largest stocks are often the only ones attracting the interest of global investors, which can cause overvaluation.

Certainly, David Roes, whose ASEAN Investment Management fund went into Vietnam in 2011, avoids the big names. He hopes it will not be long before international investors discover the more than 650 smaller stocks on the exchange that have so far not attracted their interest. This would be good news for his fund, which took stakes in many of these small companies in 2011 and 2012.

“A lot of companies went out of business in the five years post-2007, but those that survived have survived for a reason. We found they were trading at up to a 90% discount,” he says. “Our view is that as the market continues to generate interest, a natural rotation between assets will occur.”