DIGITAL DISRUPTION: The shape of funds to come? 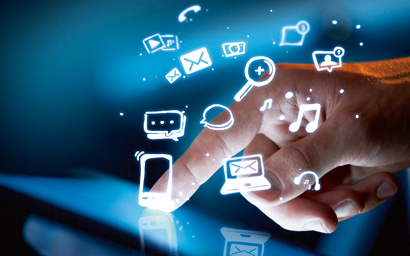 Online platforms such as Yuâe Bao threaten the business models of Asian banks. How will fund managers be affected? Dave Waller reports.

Fund management has hardly been a hotbed of technological innovation in the past. People still like to meet their financial advisers in person and in many parts of the world the humble fax machine plays an unlikely role in fund orders – the financial equivalent of lugging a bag of Tolstoy novels and a trolley full of LP records around while the rest of the world breezes about with Kindles and Spotify. But just as the worlds of music and publishing have been turned on their heads by digital technology, could a digital disruption be underway in fund management too?

In Asia, the case for ‘yes’ lies squarely with Yu’e Bao, the platform launched by Alibaba affiliate Alipay in June 2013. Jack Ma, Alibaba’s founder, promised then it would disrupt the banking sector. Yu’e Bao certainly surprised the world with the speed at which it collected deposits into what was in essence a money market fund. It represented a major shift for China, not just in the use of technology, but because depositors were finally pulling away from the traditional banks – and with convincing reason. While one-year deposits earned just 3.3% at a Chinese bank, Yu’e Bao offered a rate of double that or maybe more, plus a minimum deposit of just one yuan. It had the extra lure of instant withdrawals – perfect for the more casual investor.

CHALLENGERS
‘Yu’e Bao’ means ‘leftover treasure’, and it certainly had a glittering veneer in its early days. The system, which allows Alipay users to invest their money in funds, had more than 81 million investors by the end of February this year, compared with the 67 million who invest in China’s mainland stock market (which has been around nearly 25 years). Yu’e Bao’s assets were about 579 billion yuan ($93 billion) at the end of 2014.

But the digital march is not just about Yu’e Bao. Alibaba affiliate Ant Financial has announced a plan to acquire a stake in Tebon Fund Management Company, bringing the worlds of technology and financial services together. Only last year, Tencent established WeBank, China’s first online bank, while Baidu launched a similar platform to Yu’e Bao. Then there’s Dianrong, a platform that connects borrowers, mostly consumers or small businesses, with individual or institutional lenders. This shift is significant: these technology-driven platforms are a threat to the status quo in China, in which state-owned banks enjoy government-guaranteed profits.

Soul Htite, founder and chief executive of Dianrong, pondered why banking and finance was so susceptible to digital disruption on a CNBC panel discussion entitled Digital Disruption in July. “It’s an information industry with a logistics issue, so technology is very important,” he said. “There are a lot of things we could not do before that today we are able to do because of technology. Bank of China or ICBC cannot have the mindset [of change] if they don’t have the tools to operate the ideas – they tried but they failed. They’re not building Alipay because they don’t have the technology to do it.”

DATA DEMANDS
So, is digital the shape of Asian funds to come? Potentially so – at least if investors get their way. A recent survey by Cerulli Associates for its Wealth Management in Asia 2015 report showed that investors expect digital engagement with their financial firms to increase significantly over the next five years. Meanwhile eFront, which offers software solutions for everyone from boutique fund managers to sovereign wealth funds, has seen a continuing trend of investors asking for more data and more transparency from their fund managers.

“Often the impetus to get a system in place is driven from pressure by the fund managers’ investors,” says Oliver Johnson, eFront’s managing director for Asia. “Investors are simply not ready to accept the reporting practices of years gone by, where the general partner would send a high-level report summarising the investments the fund has made once per quarter, and are now demanding more and
more information on the underlying assets.”

As for the revolutionary platforms such as Yu’e Bao and its peers, their success will probably depend on how they are treated by regulators. For now, such platforms remain effectively unregulated. “This kind of platform lives in a grey zone where it doesn’t fall under any of the main regulator’s jurisdictions,” says Sze Yoon Ng at Cerulli Associates. “This has allowed it to proliferate in terms of products it can distribute and the returns it can provide for clients, many of which we wouldn’t see in the rest of Asia.”

Zhou Xiaochuan, governor of the People’s Bank of China, has previously told journalists that regulators would not close down funds like Yu’e Bao but that changes in their supervision were being prepared, in a way that would “follow the footsteps of time and technology”. That may turn out to be less positive than it sounds: just ahead of Alibaba’s initial public offering in New York in 2014, China’s central bank announced it would limit the amount consumers could spend using smartphone payment services, which wasn’t good news for Alipay.

Indeed, it seems fund managers are not afraid of the technology challenge just yet. Nathan Lin, chief executive of GF International Investment Management, reached this conclusion when he spoke at a Funds Global roundtable on digital disruption. “I don’t see them as our competitor,” he said. “The Alibaba model is a competitor for the banks, or for the traditional distributors, rather than for managers. The core competency of an asset manager is its manufacturing capacity. Alibaba was acting as a distributor rather than a manufacturing house [...] For us, our true competitors would be firms such as China AMC, Harvest, China Universal.”

A MIXED PICTURE
Whatever the general threat of digital platforms, it seems Yu’e Bao may not be quite as appealing as when it first launched. Liquidity in China was tight then, which meant money market funds could generate good yields, which were crucial to the platform’s early success. But the Chinese central bank has since injected cash into the banking system, pushing money market rates down from around 5% to 3%.

It’s also worth noting that funds invested into these new online financing platforms are equivalent to a little more than 1% of the state-controlled banking sector (which has roughly 74.2 trillion yuan in consumer deposits).

Of course, that proportion could rise over time. In February, Chinese International Capital issued a report that said that in three years, online money-market funds could manage funds comparable to 8% of all bank deposits, while Li Lihui, former president of Bank of China, has told reporters that “online funds have become a significant challenge to traditional banks”.

“They will certainly cut into the banks’ interest income,” he is reported as saying.

And while many still suspect the need for the human element in fund management is something that will always limit digital’s potential, over at Cerulli they see the two not as mutually exclusive but as potential partners in helping to spread this kind of opportunity to a far wider audience.

“Nowadays, even the mass affluent and below can potentially access the types of investment services that were previously the domain of high-net-worth investors and institutions,” says Sze Yoon Ng. “The human touch will always be needed, especially when you go up the wealth scale, but digital platforms will complement the human touch.”

As for the role of the fax machine in all this, we’ll have to wait and see.