JAPAN: In the surgery room 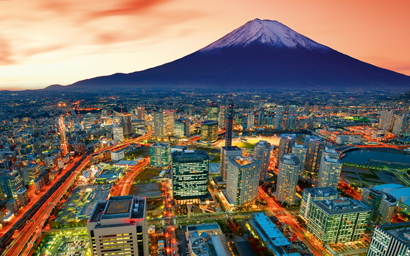 Sometimes, all it takes is 2.4 centimetres. That was the difference in height between two arm rails connecting condominium buildings in Yokohama, Japan, which, when investigated, revealed a scandal that destabilised the country. The damning findings were that some of the piles supporting the complex had not been sunk far enough into the ground, causing the buildings to tilt. Worse, it was discovered that Asahi Kasei, a contractor firm responsible for part of the construction, had falsified data on the piling work. There followed a government-mandated investigation into more than 3,000 other buildings.

Asahi Kasei is not the only Japanese company embattled by scandal. Earlier this year, Toshiba admitted it overstated its profits by 152 billion yen ($1.2 billion) over seven years in accounting irregularities involving top management. Then there was the revelation that Toyo Tire & Rubber falsified test data on vibration-absorbing rubber products used mainly in trains and ships.

According to Genzo Kimura, an economist at Japanese asset manager Sumi Trust, “many companies are now in the surgery room”. There is some urgency to the operation – global investors are watching and their faith in Japanese equities could be undermined if action is not taken to, as Kimura puts it, “get rid of
the cancer”.

Where does this leave Japan? The irony of the recent scandals is that they follow efforts from Prime Minister Shinzo Abe’s administration to improve corporate governance. Last year, the country produced a Stewardship Code that was followed, this year, by a Corporate Governance Code. The new guidelines were intended to bring Japanese companies closer to global best practices.

But can Japan be said to be making progress on corporate governance when the likes of Toshiba and others are being so publicly exposed for wrongdoing?

UNLOCKING VALUE
On one measure of corporate governance, Japanese firms are making progress. They are distributing more money to shareholders than before.

This change has come about partly thanks to the launch, in June, of a new index, the JPX Nikkei 400, which includes only those firms that offer a high return on equity. Separately, shareholders are being encouraged to use their voting rights to obtain an average return on equity of 5% a year.

According to Michael Stanes, investment director at Heartwood Investment Management, “the overwhelming aim of such initiatives is to unlock shareholder value”. The incentive is strong. Years of paying down debts and repairing balance sheets have left Japanese corporates with some of their most favourable cash balances since the 1990s. On top of that, corporate profitability reached record levels in the second quarter of this year.

Thanks to measures such as the JPX Nikkei 400 index, dividend payouts and share buybacks are rising and could soon exceed their pre-financial crisis highs.

EQUITY RISING
The trend is helped by rising domestic allocations to equities. As more Japanese investors become shareholders, there is more pressure on companies to distribute wealth. The Government Pension Investment Fund, the largest pension fund in the world with more than $1 trillion of assets, is an influential leader in this shift towards domestic equity investment. The fund has cut its allocation to domestic bonds from 60% to 35% and increased its allocation to domestic equities from 12% to a quarter of its portfolio. The fund invests some of its equity allocation in the JPX Nikkei 400, providing a strong incentive for companies to meet the requirements of the index.

Abenomics, the monetary stimulus policy pursued by Abe’s administration that targets a 2% inflation rate, has supported this shift towards riskier assets. With the expectation of rising inflation, investors must switch from low-yielding assets such as government bonds and into high-yielding ones such as equities if they want to preserve the value of their portfolios.

With all this pressure on Japanese corporates, it seems likely that dividends and share buybacks will continue to rise and may soon exceed their pre-financial crisis levels. It would appear to be a good time to be a shareholder.

MORE TO DO
However, as the recent scandals might suggest, releasing more money to shareholders is not by itself a guarantee that companies are being well managed. According to Kenichi Amaki, a portfolio manager at Matthews Asia, a US-based asset manager, “improving corporate governance isn’t simply about paying out excess cash”.

Amaki says Japan’s efforts to improve governance, such as the new corporate governance code, do not go far enough in terms of meeting global best practices. The code does not mandate a majority independent board, for instance, and there are few repercussions for non-compliance.

The question of repercussions is particularly topical at the moment, given a controversy over Toshiba’s response to its accounting scandal. On October 1, the company’s president, Masashi Muromachi, said Toshiba had identified 30 executives involved in the accounting irregularities, but said they would not lose their jobs. Instead, they would be “punished”.

Nicholas Benes, representative director of the Board Director Training Institute of Japan, was reported as saying the decision not to fire the executives showed the opposite of a zero-tolerance approach to compliance.

“What I’m seeing is something closer to 100% tolerance at Toshiba,” he said.

Critics say that unless staff are treated harshly for wrongdoing, for instance by dismissal, their employers do not provide a strong enough warning to other staff. However, there have been some ramifications for Toshiba. The firm was excluded from the JPX Nikkei 400 index in August.

RIGHT DIRECTION
Despite these ongoing concerns, there are signs of improvement in corporate governance beyond merely dividend payouts and buybacks. Amaki points to plans at several Japanese financial institutions to review unproductive cross shareholdings. These efforts, he says, could free up more capital to invest for growth.

Other fund managers measure progress in the willingness of Japanese management teams to discuss governance improvements with outside parties. Michael Woolley, a client portfolio manager at Eastspring Investments, an asset manager based in Singapore, says he has noticed a shift from a traditional stakeholder culture in Japan – in which companies are run for the benefit of employees, management and the community – to one in which shareholders are able to make their voices heard. Although Japanese corporates are not yet behaving quite like Western corporates, they are more open to talking about having independent directors and promoting shareholder-friendly behaviour than before.

“Those discussions are easier to have today than they have been historically,” he says.

Meanwhile Genzo Kimura, who remarked upon the cancer of scandal affecting Japan’s corporate world, sees promising signs too. Immediately after the Yokohama condominium scandal hit the newspapers, the relevant ministry ordered an investigation to be delivered by the end of the week – a response that shows the government is consistent and serious about dealing with poor corporate governance.

The speed at which the government reacted to the scandal may be little consolation to the residents of the wonky condominium, however. They may have to leave their homes for a year while work is completed to correct their tilting dwelling. But, for investors in Japan’s equity market, it seems progress is being made, albeit slowly. The gradual pace should not be a surprise, says Amaki of Matthews Asia.

“Remember, change in Japan rarely happens quickly. There may even be times when it looks like it’s taking a step back. Hence, it’s important for investors to temper expectations, have some patience and let the evolution play out.”