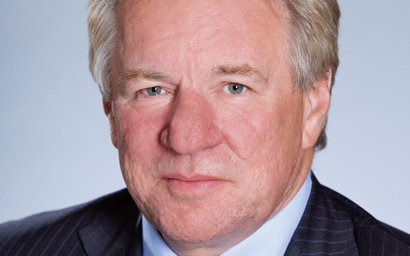 Martin Gilbert, chief executive of Aberdeen Asset Management, talks to George Mitton about his firmâs new independent venture in China, trying not to gloat when the Chinese stock market collapsed, and his regret at missing out on mutual fund recognition.

There was much interest when UK-based Aberdeen Asset Management gained a licence to operate as an independent investment firm in China. Announced with some fanfare by the British government, which presented the deal as one of the fruits of its economic dialogue with Beijing, Aberdeen’s wholly foreign-owned entity (WFOE) licence is thought to be the first of its kind. Already there is much speculation that this kind of investment management WFOE will become the structure of choice for foreign asset managers in the country.

Indeed, it seems as if the only party not losing its wits with excitement about the deal is Aberdeen itself. “The thing that surprised me is how much interest the rest of the asset management industry has taken in it,” says Martin Gilbert, chief executive.

Gilbert, who spoke to Funds Global Asia after appearing at the FundForum MENA conference, says the licence is “an interesting development” that provides “a foothold in China without a joint venture”. But he is careful not to assume too much. “We’re not expecting to raise huge amounts of money,” he says. His comments echo the statement made by Hugh Young, managing director of Aberdeen’s Asian business, who said Aberdeen would “proceed slowly” with its Chinese venture.

Why, when the rest of the funds industry is enthusing about the potential opportunity in China, is Aberdeen striking such a cautious tone?

SCOTTISH TEMPERAMENT
One explanation could be the culture of the firm. From an Asian standpoint, it must be tempting to view British and US companies as part of the same Anglo-Saxon culture, but in fact there are differences in temperament. Founded in 1983, Aberdeen Asset Management is based in the Scottish city from which it takes its name, Aberdeen. While US firms have a habit of bombastic self-advertisement, Aberdeen’s more cautious communications indicate a desire not to promise too much. (They may reflect a dour Scottish temperament too.)

Another factor is that Aberdeen has consistently taken a bearish view of China, often pointing to weak corporate governance and unsatisfactory levels of disclosure. As a result, the firm’s equity managers have tended to hold low weightings to Chinese equities in their Asian and emerging market funds. To suddenly appear a China bull simply because the firm has won a new licence might seem inconsistent.

Incidentally, Aberdeen’s sceptical view of Chinese equities meant some staff were secretly pleased when China’s stock market fell sharply this summer. The fall punished the many fund managers who had allocated large sums to China and helped Aberdeen’s performance improve, in relative terms. “I don’t want to give the impression we were gloating when China went down, but we needed it to not keep going up,” says Gilbert. “We were really lagging the index.”

SNAKE OIL
Indeed, given Aberdeen’s doubts about Chinese corporates, it is ironic it should be the first to gain the new type of WFOE. It is doubly ironic that it did so as a result of a UK government initiative and goes to show how much has changed since 2002 when, amid an investigation into losses at split capital trusts, Gilbert had to face a UK government committee, where he was accused of being “a sophisticated snake-oil salesman”. Gilbert, who was asked about that episode while interviewed on stage at the FundForum MENA conference, said it was one of the toughest days of his life. He survived both the ordeal and an accompanying 90% fall in the firm’s share price, an experience he suspects he would not have survived in today’s more short-term-focused environment.

Aberdeen has many good reasons for wanting the WFOE licence, of course. One is that, while sceptical about Chinese equities today, Gilbert expects improvements in corporate governance as the country courts more long-term overseas investors. Another is that, although “Asia is struggling with flows at the moment”, the trend is for more money to go into investment products in future, he says.

A BIG REGRET
The other reason for wanting the WFOE is that Aberdeen does not have many other options if it wants to gain the foothold in China that Gilbert talks about. Unlike many of its competitors, Aberdeen has not created a Chinese joint venture, a structure which, until recently, was the only way foreign asset managers could operate onshore in the country. The company has said it feared its needs, as a minority shareholder, might not be respected.

Another access route is currently closed to Aberdeen too – mutual fund recognition. The scheme, which opened for registrations on July 1, allows asset managers with eligible Hong Kong-domiciled funds to sell them to mainland Chinese investors. (Mainland Chinese funds will enjoy the same treatment in Hong Kong.) The problem, for Aberdeen, is that its Asian funds are domiciled in Singapore, not Hong Kong, which means they are not eligible for the scheme. “If I do have a regret, it’s that we don’t have Hong Kong funds,” says Gilbert. “People who do have a tremendous advantage.”

It is not enough merely to domicile a fund in Hong Kong today and register it for mutual fund recognition tomorrow. Eligible funds require a one-year track record and at least 200 million renminbi ($31 million) of assets. The result is that companies that already domiciled their Asia funds in Hong Kong have a head start over those that haven’t.

GOING STRONG
The mutual fund recognition scheme offers a glimpse of why Aberdeen’s WFOE licence is important. Without the licence, Aberdeen risks gaining no flows from the mainland Chinese market, and watching while its competitors – the likes of BlackRock, JP Morgan and so on – reap the benefits under mutual fund recognition. The firm may have a cautious attitude to China, but it knows it needs some sort of presence there.

Will Gilbert, who is 60, be in charge at Aberdeen long enough to see its China strategy bear fruit? While on stage, the Aberdeen chief was asked about succession planning at the firm. He said he had no plans to leave just yet.

“People keep asking if I’m going to retire,” he says. “But I enjoy it. I always say asset managers get better as they get older – not that I class myself as an asset manager. I was so bad at asset management, they made me lead the company.”