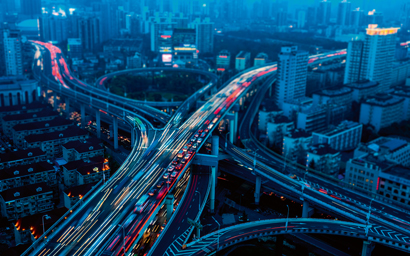 A new type of licence for foreign fund managers in China promises better access than ever. Dave Waller reports.

China has never been an easy destination for foreign asset managers. In travel terms, think not of lounging in a Weihai hot spring sipping baijiu, but struggling to scale Mount Everest. Since the first fund management licences were granted back in 2002, any fund manager aiming to enter China had to do so in a joint venture with a local Chinese equivalent. At most, foreign parties could own 49% – and that put obvious limits on their freedom to go down the roads they wanted.

While some of those joint ventures have fared well, plenty have struggled. So when China said in July it would soon allow 100% foreign-owned firms (known as WFOEs –wholly foreign-owned entities) to manufacture and market their own products for sale to mainland clients, this was big news. This shift allowed overseas fund managers to operate under their own name, and under exactly the same rules as local private funds.

They would also be able to pursue their global strategy free from interference from Chinese joint venture partners – which suggests this route is likely to become key for fund managers looking to access everything the Chinese market offers. “With the introduction of WFOE, we’re seeing for the first time managers going onshore in China and trying it out themselves,” says Nicholas Britz of consultancy Z-Ben Advisors.

The move has come at a good time. China’s stock markets are recovering from their worst ever sell-off, and the new licence will give overseas firms a better shot at raising funds onshore from high-net-worth Chinese investors. But will they succeed? It depends on how a company structures the WFOE and how it is used.

DIFFERENT FLAVOURS
WFOEs in the asset management space come in three sizes. First is the qualified domestic limited partnership (QDLP), a structure that allows managers to source onshore money for offshore investments. “QDLP started with hedge funds and is now expanding to larger managers coming to the scheme,” says Britz. “While the initial participants were the likes of Citadel and Man Group, it’s really starting to widen out.”

One of the first traditional asset managers to get a licence was BlackRock, in July. It cited its commitment to providing asset management services in China by saying it “would do whatever that entails”. Another recent convert to QDLP is Hong Kong-based asset manager Value Partners, which secured a QDLP licence in October. “With our licence in place, we can raise funds from private investors in China for our cross-border products,” a Value Partners spokesperson told Funds Global, in an email that described the group’s strategy as to “develop the group’s principal business in China through wholly-owned enterprises or majority controlled entities”.

In a separate statement, the group’s chief executive, Timothy Tse, described running a WFOE structure as “one of the top priorities which will facilitate
the launch of our own-branded funds in China”.

Then there are the other forms of WFOE. The investment advisory WFOE is similar to the QDLP but with no immediate pressure to fundraise, so it allows companies to conduct research in China and co-ordinate its operations onshore. Finally there’s the investment management WFOE, which the Chinese regulator introduced in September. This can do everything the QDLP WFOE can do while also allowing firms to conduct onshore-to-onshore business.

MOST FLEXIBLE
The investment management WFOE is “by far the most flexible WFOE” according to Britz. “It’s still early days at the moment, but if it attains an A-mark registration, it will be able to raise assets onshore for both onshore and offshore investment.”

The UK’s Aberdeen Asset Management was, at the time of writing, the only company to have been approved for an investment management WFOE (see interview, pages 12-13). Aberdeen had long wanted to expand its activities in China, but had raised concerns over access, control and manpower. Aberdeen is not alone in believing a WFOE licence will help it clear these hurdles. In November, Schroders submitted a WFOE name registration to the Shanghai Commercial Bureau for approval. The company declined to comment for this feature, stating it was still “early days”. Fidelity International, meanwhile, established a WFOE structure that was registered in September, referring to a long-term ambition to offer domestic investment capabilities to China-based institutional clients as the market opens up.

“China is seeking to boost the participation of foreign financial services companies onshore,” says Mark Talbot, managing director, Asia Pacific ex Japan at Fidelity International. “So it’s important for an organisation like Fidelity to develop the appropriate structure that can allow it to participate in, and support, future regulatory reform.”

CHALLENGES
The WFOE is not a panacea. Some say the powers of WFOEs are limited and that there is a lack of clarity over how they are regulated. And, of course, existing obstacles presented by the Chinese market won’t be solved simply because a foreign entrant can take full control. “The local challenges were always there and they won’t go away,” says Britz.

For a cautionary tale here, it may be useful to look beyond the finance world – at UK supermarket Tesco. While dominant in the UK market, the retailer wound up its nine-year solo venture in China in 2013, £1.5 billion ($2.3 billion) out of pocket, in favour of creating a minority stake in a joint venture with China Resources Enterprise, China’s biggest retailer. Analysts said the move highlighted how Tesco would not have become a serious player in China without throwing billions of pounds more at its efforts. In other words, Tesco learned the hard way how hard it is to go solo in China.

Perhaps the WFOE won’t really make it any easier for asset managers after all. Those previously entering China in joint ventures came up against plenty of problems: competition from local managers, lack of investor education, limited distribution channels, shortage of fund industry talent and volatile markets – plus the obvious difficulty of coming in cold to a notoriously tricky environment.

Even with the new licence, Aberdeen is still advocating caution, saying it would “proceed slowly”. “While the asset management industry there is young and the potential huge, our vow is to avoid short-termism and focus on quality,” the company said in a statement.

Fidelity’s Talbot echoes this note of caution. “We’re encouraged about the reforms in China,” he says, “but it takes time to develop and establish the right models and regulatory changes in such a market of this size. As China matures, we’re seeing regulators take a longer-term view and introducing gradual change, which is a sensible and responsible approach which we welcome.”

FEARS
Some critics worry about trouble ahead. Given the Chinese regulator’s track record, might the government intervene to limit the scope of WFOEs in order to protect home-grown fund managers? Britz reckons such fears are unfounded. “In the immediate term, there’s no chance that the Chinese may seek to limit WFOEs’ operations in order to protect local companies,” he says.

“China has been on a pretty clear trajectory in opening up its asset management space. This opening has been progressive and sometimes intermittent in the past but it is beginning to accelerate rapidly. The mainland industry needs to open up and that will have to involve greater competition from foreign firms.”

Indeed, for many operators, any such concerns are easily outweighed by the vast potential benefits of solo access to the onshore Chinese market. “The only real drawback to the schemes are each firm’s level of ambition,” says Britz. “If you’re willing to come onshore and face the challenges – and the only choice really is whether to do it now or do it later – then you have to tackle them in a methodical way via the WFOE.”